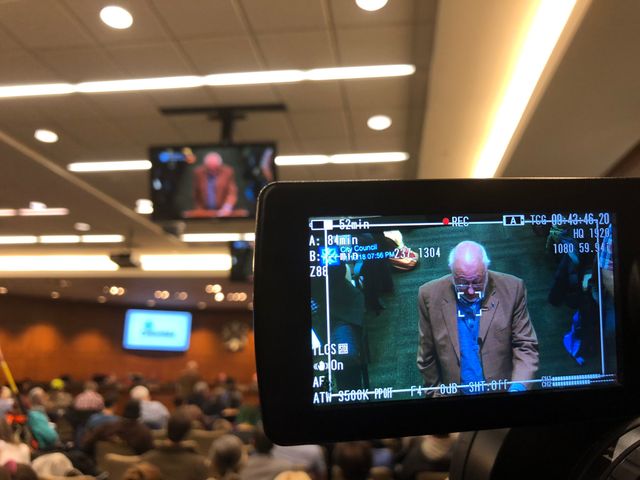 Matthes planned to discuss the changes to the Community Outreach Unit (COU) at the City Council meeting Monday night, but didn't give a comment.

Last Thursday Matthes held a press conference discussing the future of the COU. He also sent out a press release explaining any confusion of what was said during the press conference. Matthes said he is "dedicated to the policing needs of Columbia" and he and COU "continue to look at ways that we can expand community policing for all areas of our diverse and growing city."

The Community Outreach Unit is a way for CPD to police on specific areas in Columbia. Originally, the unit had eight policing beats, but now it will have four. Matthes defended the decision to change from eight policing beats to four, adding that CPD has to move around their resources, so the department can cover the city the best it can. CPD has said the reason for the decrease in police beats is that the department is short staffed.

At the city council meeting, members of Race Matters, Friends crowded the chambers and filled up the left side of the meeting room. Many of their members spoke at the meeting and had a lot of frustrations with the change of the COU. Before they began talking about the COU changes, the city council played a video showcasing the success the COU has had with their previous policing strategies.

Lynn Maloney was one member that voiced her concerns and was disgusted with what the changes would bring.

"Current COU officers, who have done the work that we just saw were boasted about, will not be included in the community response unit unless they apply," Maloney said.

Maloney explained how two years ago, COU took the Race Matters, Friends group out to lunch and asked them their opinions on the plans of the department wide community-oriented policing.

"Did you know that there had been drafted a plan nearly two years ago? You might not have because it wasn’t included in any plan since then,” Maloney said.

Last week Matthes said he would share more information on the officers and hopes to continue to discuss the future changes through December.