Group raises funds to help increase mobility for those in need 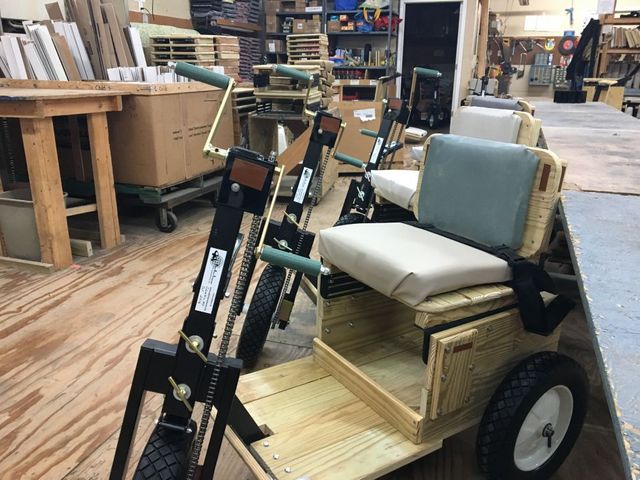 It works to provide appropriate mobility to those in third world countries that have lost the ability to use their legs.

“This is a project that builds hand-cranked wooden carts and gives them away to people that now crawl on the ground because they’ve been paralyzed,” said Executive Director Gary Moreau.

The carts are called “PETs,” and volunteers involved with the Columbia’s affiliate this year have built about 32 per week.

Friday’s fundraiser is the third Centro Latino has hosted for the organization.

The fundraiser provides food and entertainment for $20.

One of the volunteers with Mobility Worldwide will be performing original music with other local musicians and poets.

Moreau said the fundraiser is one of the ways the group can afford to create the PETs.

“All these fundraisers contribute to our initial cost,” he said.

The organization also receives donations of money and supplies throughout the year. It costs about $300 to build one cart.

The organization was created in Columbia in 1994, and has since reached 104 countries.

Columbia’s branch set a goal to make 1,600 carts this year. Moreau said they are on track to achieve that goal.

“We’re a place that volunteers can find a lot of enjoyment as retirees,” he said. “Just spend a few hours a weeks, helping to build a cart that changes the life of somebody that has to crawl around on the ground.”