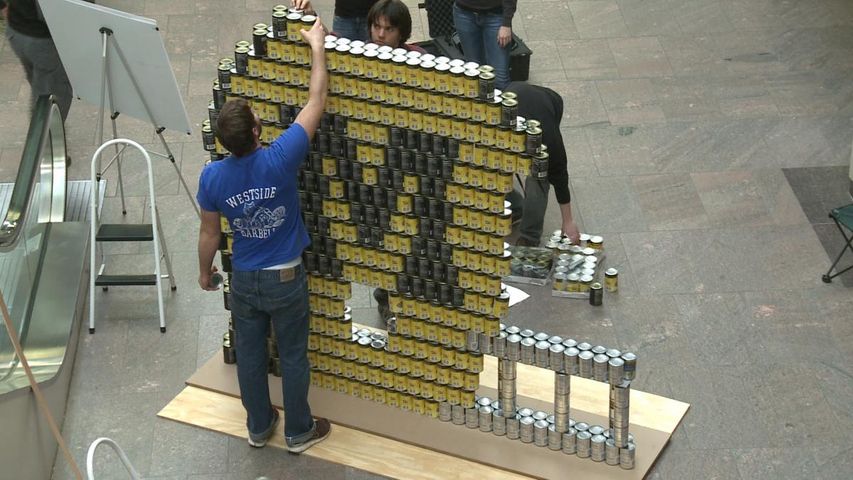 JEFFERSON CITY - Five groups came together to participate in an international competition known as Canstruction Saturday. This years theme is "Playing With Food". Canstruction is a design-build competition where groups buy cans of food and build a structure.

Each group had to purchase the amount of cans needed to build a structure of their choice, and each group only has a certain amount of time to do the building in.  Each structure is said to weigh about one ton. After the building is complete, all of the structures are judged and the winner of each category has a chance to compete internationally in that category. After the structures are taken down, all of the food will be donated to The Food Bank of Central and Northeast Missouri. This year about 14,317 cans were used for the competition equalling over seven tons of food.

The groups met at the Harry S. Truman Building to start the competition around 7:30 Saturday morning and had five hours to complete their structure. The Mid-Missouri teams consisted of students, architects, designers and engineers. Teams were able to use any cans as long as they were food.

Structures will be up in the Truman Building until March 8th. People have a few options if they want to help with hunger. They can vote for the structure they like best by placing a can in the barrel next to the structure they like, or they can go to The Food Bank for Central and Northeast Missouri website and donate one dollar to vote.