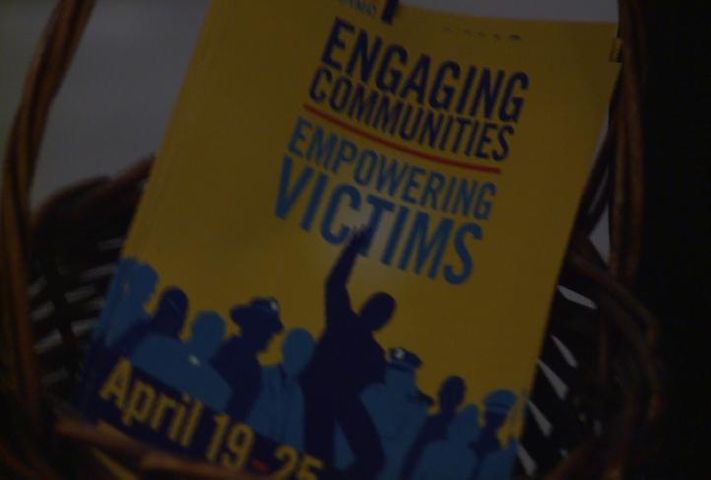 It's not easy for the ones that survive or the families of the ones who do not to recover. During Crime Victims' Rights Week, Missouri tries to make that process a little easier.

Fourteen different agencies attended the ceremony at the Capitol to provide visitors and advocates with information about what they do to support victims.

"It's a ceremony that honors all victims of all crimes across the whole state of Missouri," Mothers Against Drunk Driving's Bud Balke said. "One of the things that we really do appreciate is that we've come all full circle and we honor those victims with this statewide ceremony."

This years slogan "Engaging Communities, Empowering Victims" focuses on what communities can do to provide victims with the support they need to not just recover, but possibly pursue justice.

"It took determination and hard work to win the legal rights and protections victims have achieved over the last three decades and we are committed to continuing to work in partnership with crime victims and victim advocates to extend those gains," Gov. Jay Nixon said.

Sex trafficking victim Katie Rhoades spoke on behalf of all victims and stressed the importance of listening to everyone's story. She said it is not easy to tell who is a victim on the outside, but they need just as much help.

According to Neighborhoodscout.com, in Missouri there are 4.3 violent crimes per 1,000 people, slightly higher than the national average.

Susan Boresi of the Missouri Attorney General's Office said crimes don't only hurt the victims, but they also create a ripple effect on the friends and family.

But Balke said Missouri has come a long way in helping victims.

"Missouri was one of the very first to have an amendment for victim rights, so we kind of became the pioneers of the victim rights movement in the United States."