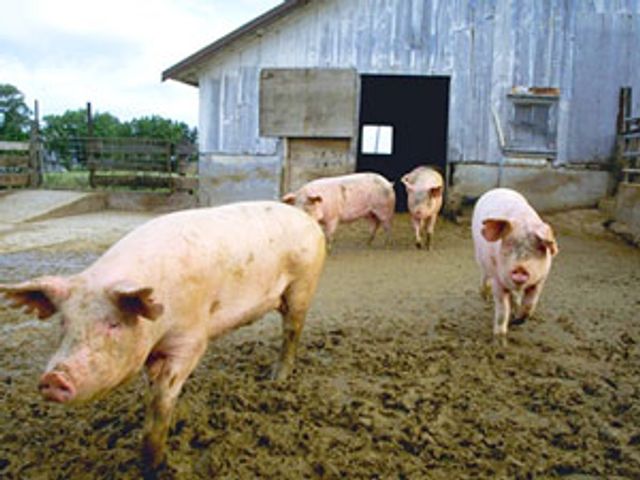 The Missouri Western District Court of Appeals heard the Grundy County case arguments, as well as three other cases, at the MU School of Law Tuesday afternoon.

The case involved an appeal from Trenton Farms, which was looking to acquire land in Grundy County for a CAFO for swine. Hickory Neighbors United filed a complaint, saying the Department of Natural Resources failed to consider the CAFO was located in a 100-year floodplain, and also failed to require proof the CAFO could stay financially stable.

Despite some differences in specific details, the appeal bears multiple similarities to a case in Callaway County involving an appeal from the group known as Friends of Responsible Agriculture, or FORAG, to the development of a CAFO in the county.

"[Continuing authority] is a buzzword for these limited liability companies that form pretty easily and do not have to have any money," said Philip Glenn, president of Glenn Acres Farm Inc. "In fact, it's very hard to find out who the corporate leadership is and when the time comes, if things haven't gone too well, they fold those companies and they shift operations to another LLC."

Glenn is a neighbor of the proposed CAFO in Callaway County and a member of the FORAG board of directors.

According to the Department of Natural Resources' Clean Water Commission, any group that applies for a permit must prove it is a continuing authority by the department's definition.

If the Grundy County CAFO is found not to be a continuing authority, that could hold true for the Callaway County CAFO as well.

Robert Brundage, the attorney for Trenton Farms, said one of the core issues in the dispute was over whether the regulation requires the facility to show it has the financial resources to operate, maintain and modernize the facility.

"The Missouri Clean Water Commission failed to follow and apply the plain meaning of their continuing authority regulation," Brundage said in his appeal argument.

Glenn said, in the end, he wants to see more research on how to handle waste from the CAFOs, which he said is essentially untreated, raw sewage being spread on the land.

"A lot of people look at us as being just disgruntled neighbors but it's more an issue of clean water," Glenn said. "When you're talking about the concentrations of these operations and three million gallons of hog waste a year being spread with no nutrient management plan on how to handle that, we're concerned for the county and the state of Missouri."

The Callaway County suit has been ongoing since 2014.