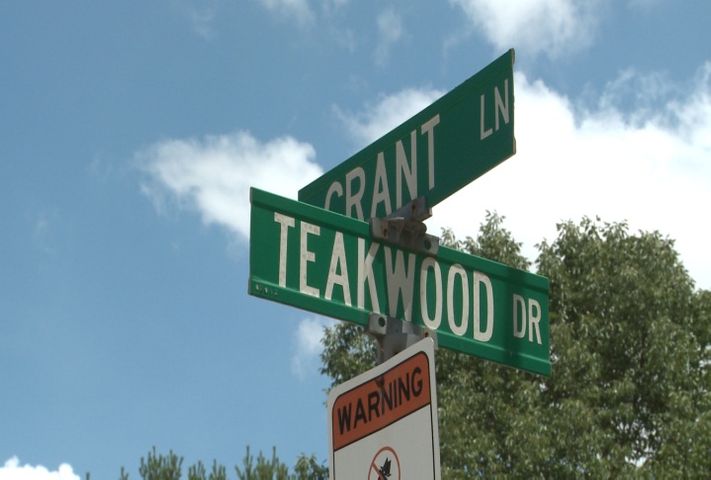 Police said they first responded to a robbery in the 3600 block of Grant Ct., where two suspects had pointed a gun at the victim, stole items, and ran away. Five minutes later, police responded to another robbery and burglary just a few streets away from the first incident. The suspect descriptions in all three crimes is the same.

Police said a male victim told police he was standing outside his residence at the block of 3500 Teakwood Ct. when one suspect approached him, pointed a handgun and demanded property, while the second suspect stood across the street.

The victim said he gave up his car keys, went inside to get a gun, then went back outside. The victim said the suspect then shot at him, and the victim shot back three times. The suspect shot again and ran away.

Officers said when they were investigating the incident on Teakwood Ct., another victim told the officer his house on the same street had also been burglarized.

The victim said he was inside his house when he heard shots fired. He said he went outside and discovered a backpack was gone from his open garage. Officers found the victim's cell phone abandoned in the woods near his residence.

KOMU 8 News spoke to numerous neighbors on Teakwood Ct. Monday afternoon. Many declined to comment, and one family told us the police had told them not to talk about the incident.

One man who lives five houses away from the action at the end of the cul de sac said he was shocked.

"You don't really hear much about anything going on around here, so it kinda surprised me," Charles Thayer said.

Thayer told us the street is mostly full of families.

Julie and Don Walker live next door to one of the victims. They said the shots didn't wake them up, but they are a bit surprised.

"We've lived here 15 years and this is the first time anything like that has happened," Don Walker said.

The pair said it doesn't make them want to move, but they will be locking their doors from now on.

Police said no one was injured in any of the incidents, and the investigation is ongoing.

If you any information about the incidents, police ask that you contact the Columbia Police Department or Crimestoppers at (573)875-TIPS to remain anonymous.

Shots Exchanged in One of Three Robberies