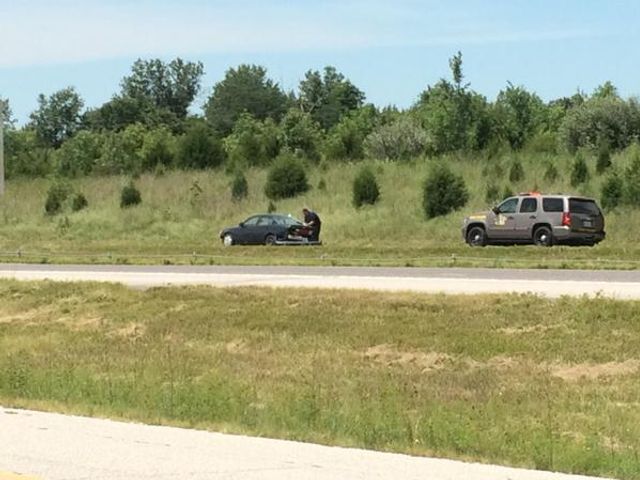 CALLAWAY COUNTY - A shooting at an auto body shop in Callaway County near the Boone County line triggered a vehicle pursuit which ended in Hickory County about 90 minutes later with an exchange of gunfire.

When KOMU 8 News called R. C. Autobody on Jade Road and asked about reports of a shooting, the man who answered said he'd been shot. Deputies later said shots had been exchanged at the shop and an employee was wounded, but his injuries were not life-threatening.

The suspects left the shop in a black Hyundai Genesis, deputies said, and led law enforcement officers on a high-speed chase.

The Missouri Highway State Patrol said its officers exchanged fire with the suspects after the vehicle crashed five miles west of Highway 54 and Route 73 southwest of the Lake of the Ozarks.

"Just a whole gamut of charges," he said, "not to mention they'll have multiple charges in various counties."