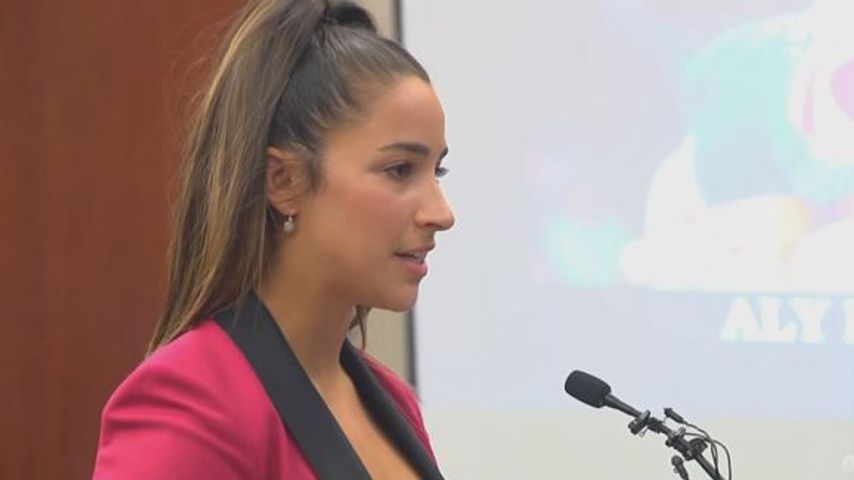 COLUMBIA - Olympic gold medalist Aly Raisman said Wednesday she was never educated on sexual assault and never realized she was being abused by one of her doctors.

Raisman spoke at the Missouri Theater, addressing sexual assault on college campuses and in sports.

Raisman was one of hundreds of women who say they were abused by former USA Gymnastics doctor Larry Nassar. She said she and her teammates really trusted Nassar.

As captain of gold-medal gymnastics teams in both the London and Rio de Janiero Olympics, Raisman established herself as a supporter of sexual assault survivors after the Nassar revelations.

Raisman has filed a lawsuit against the USA Olympic Committee and USA Gymnastics, claiming they were aware that Nassar had molested gymnasts and took no action.

One MU student said she was particularly excited to see Raisman.

"I think also as college women, it's really important to find role models that you want to exemplify and be like, and I think Aly definitely represents that for the average college women, to say the least," Anne Tenkhoff said.

She said Raisman's recovery process is notable, since that is something a lot of college women have to deal with.

"I think it would be really cool to hear her perspective on how she chose to recover from it, mentally, physically, all those things," she said.

Tenkhoff said she's glad MU has speakers like Raisman, because people can learn from her experiences and learn to empathize with her.

"I think it makes it really relatable to have her come and speak here," she said. "And not only should college women be here, but college men, cause that's a part of the whole problem."