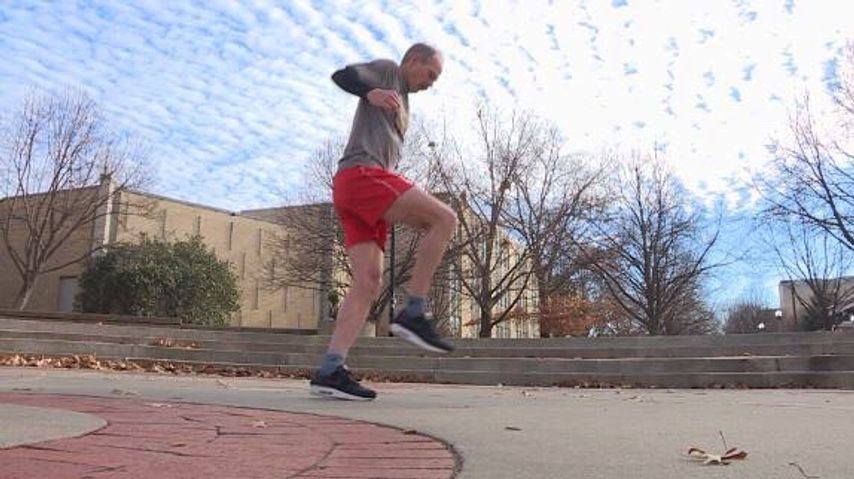 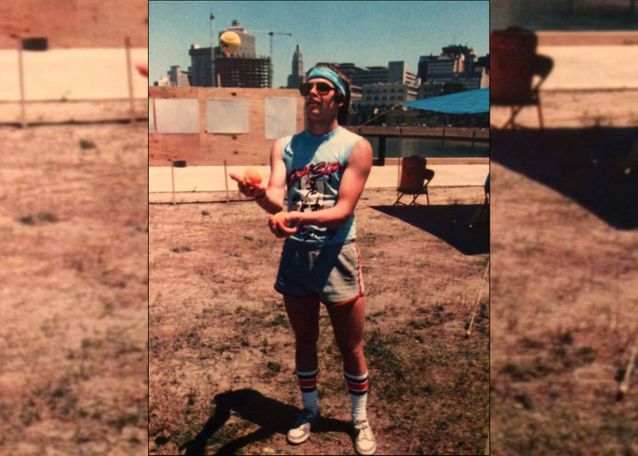 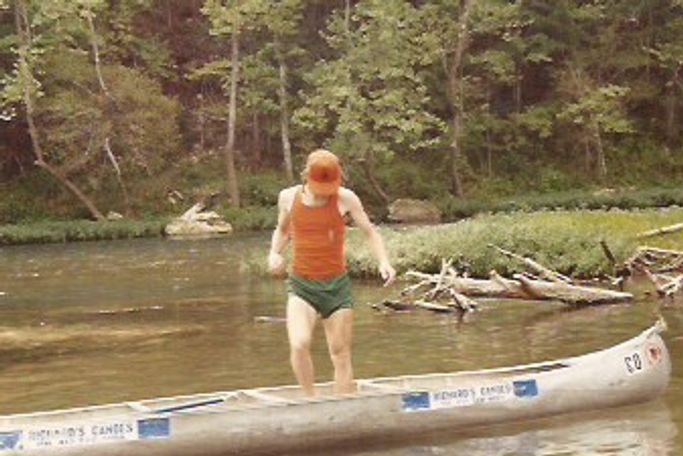 Photo of Derrick Fogle playing Hacky Sack in a canoe on the Eleven Point River in the 90s. Photo courtesy: Derrick Fogle

COLUMBIA - Columbia’s most famous footbag player made an appearance at MU’s Speakers Circle Saturday — his first footbag session since he set a world record.

Derrick Fogle, 55, also known as the “Hacky Sack guy” on MU’s campus announced on Twitter Monday that he set a Guinness World Record for traveling 16,581 feet while controlling a footbag.

It happened at the 2018 U.S. Open Footbag Championships in Las Vegas. He was one of three people to set a record in footbag.

He’s been playing for more than 30 years.

“Even if it were bad for me, I’d still do it, Fogle said. “I just love playing Hacky Sack so much at this point in my life. I get so much back out of it because I’ve put so much into it.”

Fogle discovered the sport at a party when he was 17 years old. He got hooked.

The goal of the sport is to keep a small round bag off the ground using just your feet and your knees. He said footbag is “a very deep, technical sport.”

“The moves that people can do and the stuff that people can do with it is just incredible,” he said. “It’s really deep. The sport is still young and people are still inventing new moves in the sport. It’s pretty exciting to see.”

Because of his lifetime dedication to the sport, Fogle was inducted into the Footbag Hall of Fame in 2005.

After he tweeted about his record, people from the community congratulated him on his big win.

“To have the community come out and pour out like that and be so supportive of what I’m doing and what I’ve accomplished, it’s really magical,” he said.

Fogle can be seen practicing a few times a week at Speakers Circle in warm weather and inside the MizzouRec in the winter.

“It’s an incredible thing to me, I put so much into the sport and I get so much out of it now,” he said. “It’s this really deep, almost spiritual thing to me at this point to be able to play Hacky Sack and have so much fun with it.”

His wife, Ida Bettis-Fogle, is also a footbag Guinness World Record holder. She earned the “Women’s Five-Minute Timed Consecutives” title in 1997 for kicking 804 consecutive kicks in five minutes at the 1997 World Footbag Championships.

Fogle’s record isn’t official until it gets published in the Guinness World Records book, which comes out in September 2019.