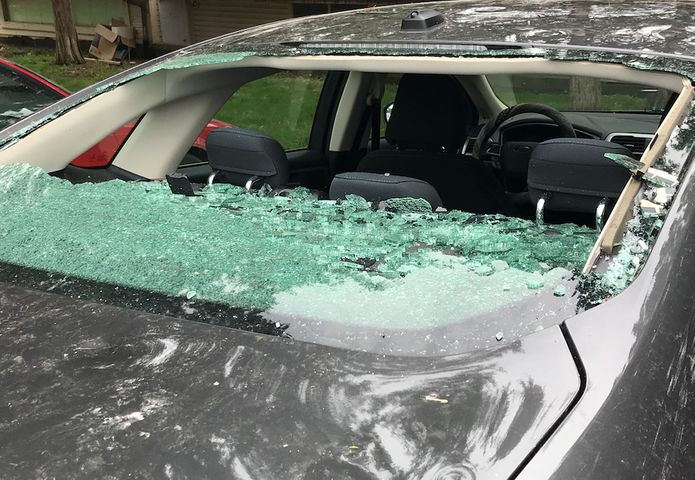 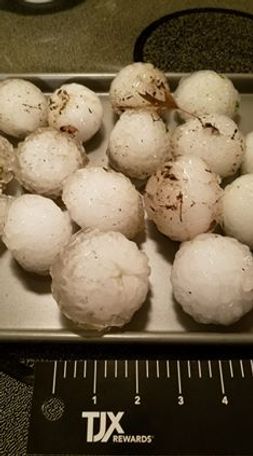 JEFFERSON CITY - People in Jefferson City and the surrounding communities woke up to damage that some have never seen in their entire lives. The size of hail hitting the community last night was comparable to the size of golf balls.

Gioia Driskell is a resident in Jefferson City and said Friday night's hail storm was something she'd never expected.

“I've never seen or heard hail that big in my entire life. It was crazy,” she said. "It sounded like bowling balls were hitting the ceiling.”

This left Driskell's cars destroyed and even buildings needing repairs.

“It sounded like it was going to come through the house," she said. "All of our skylights are damaged."

Across town, this damage continued. Cody Hodge at Jefferson City Nissan said for him and other dealerships, this is millions of dollars of damage.

"At my store I have close to 300, now I have maybe 8 cars that aren’t damaged,” he said. “Our dealership group probably 800 damaged and maybe a handful of 30 total may have been inside.”

They were aware of the hail warning but nothing prepared them for what actually happened.

“I've been doing this for 16 years, this is the most hail damage I’ve ever seen in one incident.”

There was a warning for hail last night. The KOMU 8 Weather team says we are entering severe weather season and these are situations people should have a plan for.