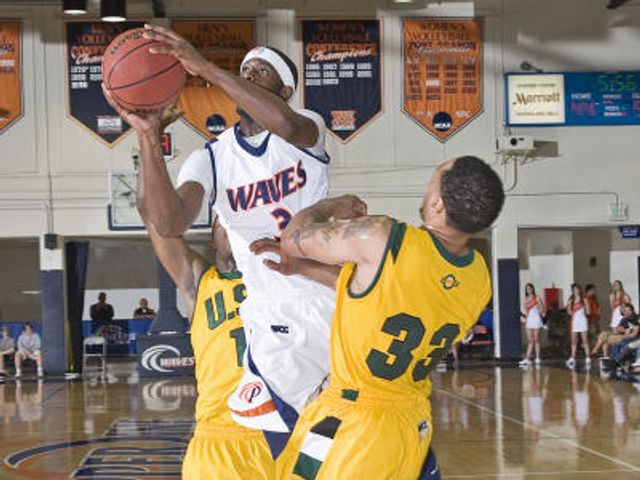 COLUMBIA - Mizzou Basketball Head Coach Frank Haith announced that Keion Bell, 17th on Pepperdine University's career scoring list with 1,365 tallies, has received his release and has signed a grant-in-aid agreement with the University of Missouri.

Bell will sit out the 2011-12 season as part of NCAA transfer guidelines and will have one season of eligibility remaining, beginning with the 2012-13 campaign.

The 6-foot-3, 200-pounder will sit out next season alongside fellow transfer, Earnest Ross (Auburn). Both players will play vital roles for the 2012-13 campaign following the graduation of senior guards Marcus Denmon, Kim English, Matt Pressey and Jarrett Sutton.

Bell brings scoring and a defensive mentality to the Tiger roster. The Los Angeles native was Pepperdine's top scorer each season in Malibu, California, including a career high 18.9 points per game as a junior in 20 games played last season. He made 72 starts in his 83 career contests and averaged 4.7 rebounds and ripped away 104 career steals.

"We are excited to add a veteran, established Division I player like Keion to our program," Head Coach Frank Haith said. "He is obviously a young man that can score the basketball. He was consistently one of the top offensive players in the West Coast Conference the last three years, but we like his athleticism and what that can mean for us defensively as well. Together he and Earnest (Ross) will push our returning players in practice and then have a chance to make a larger impact in two seasons with a year at Mizzou already under their belts."

As a freshman in 2008-09 Bell averaged a team-best 12.9 points per game en route to West Coast Conference All-Freshman Team accolades. He followed that up by averaging 18.5 points and dishing out 98 assists as a sophomore. He finished his sophomore year among the Top 50 nationally in scoring, earned second team NABC All-District honors and shot a career high 35.7 percent from three-point range. He also chipped in 147 free throw makes in 31 contests.

Bell has been no stranger to huge scoring nights as a collegiate standout. He boasts five career 30-point games and 26 career 20-point efforts. He scored a career high 37 tallies at Gonzaga (34 in the second half) as a sophomore and was an incredible 13-of-14 from the floor en route to 32 points at San Francisco as a freshman. Overall Bell has reached double figures in 65-of-83 career games played.