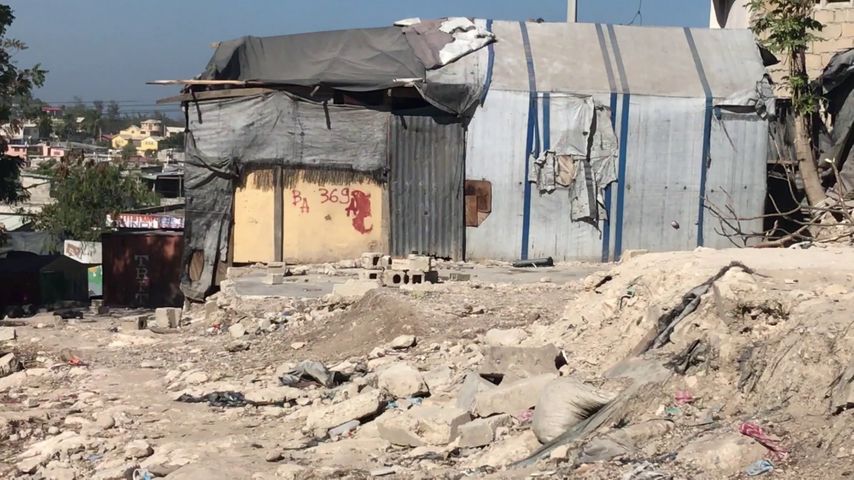 Seven years after the earthquake, many have moved on and the aftermath of the destructive quake does not seem as apparent.

While the presidential palace is currently under construction, for the most part, buildings have been rebuilt, debris has been recovered, and some displaced Haitians now have a home.

Delmas 32 neighborhood resident, Philoceanne Mercier said the earthquake caught her in her home.

“All the homes were destroyed, Mercier said. “There were a lot of people who died under their homes.”

In response to the earthquake and a massive number of displaced people, an American non-governmental organization (NGO), J/P Haitian Relief Organization promised to construct homes in the Delmas 32 area of Port-au-Prince.

“They took names of 45 people that were entered into the project, Mercier said.”

Mercier and her family of six received their two-story home in January 2016 – six years after the earthquake.The housing project was a joint venture between the Haitian government and the NGO.

Unfortunately, many Haitians did not experience the fate Mercier and her family did.

Two miles away in the Delmas 33 area of Acra, there are those living in tent-like structures whose lives have been at a stand still.

Daniel has lived in Acra since the earthquake with his wife and 3-year-old son.

“A baby like this shouldn’t live in an environment like this,” Daniel said. “It isn’t clean here.”

Daniel as well as others in the Acra area live in tents constructed with spare pieces of tin sheets, cement blocks, wood, and remains of tarps. Many of the makeshift homes occupy at least three people in 13-by-11 inch spaces – at most.

“Everyone who passes us and see us from the street, it’s like they see animals,” Acra resident Son Son Pierre said.

Occasionally, governmental agents visit the Acra tent site, but some residents say their visits are not promising.

“They’ve (the government) taken everyone, Janelle Vincent said.” “There were more homes here, but they haven’t gotten to us,”

According to residents, those who owned homes listed in their names prior to the earthquake received either monetary compensation or a home. Many living in Acra today do not have the proper documentation to receive a new home from the government.

“I don’t have the words to describe why we’re still here,” resident Elldy François said.

Some find fault with the unstable government.

“With the absence of the government and all of its shortcomings, the government is not organized to deliver basic amenities to the population,” said Radio IBO director Hérold Jean –François.

“Every time the agents come, they promise something,” Vincent said.

“It was a big earthquake,” Beldor said. “A lot of disaster, a lot of people died. They had bodies in the street, bodies everywhere. It was overwhelming.”

She said she remembers being glued to the TV at the sight of the destruction of her church and school.

“When your hometown is destroyed, you want to know what’s next,” Beldor said.

Beldor said Port-au-Prince is now in a better state than it was seven years ago.

“My dream is that one day it would be better managed and people would see the beauty out of it,” Beldor said.