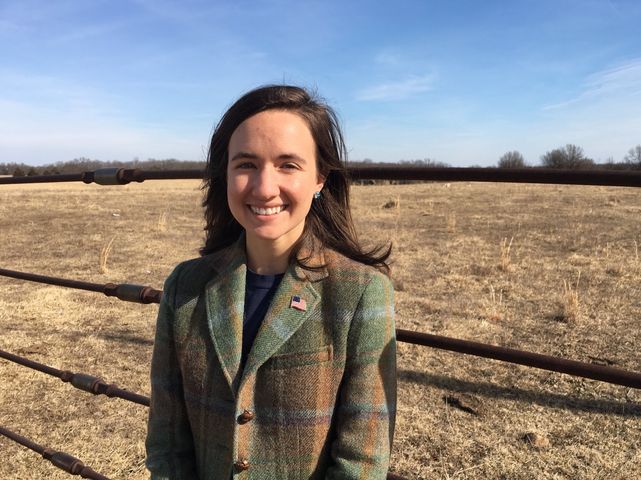 Thompson, a 28 year old grad-student at the University of Missouri, is finishing up her doctorate in plant science. If elected she would become the youngest representative by five years.

Thompson will be fighting for the Democratic nomination against Renee Hoagenson, a Columbia business woman who announced her candidacy in March.

The pair will face off in the Democratic primaries in mid-August. Thompson said her real opponent is Rep. Vicky Hartzler, R-Missouri, who has represented the Fourth District since 2011.

Hartzler has openly discredited climate change theories, while Thompson believes they are extremely important to the district's constituency.

"Vicky Hartzler has gone out of her way to make fun of climate change," Thompson said. "To ignore science, her decisions will affect Missouri long after she is voted out of office."

Moniteau County is statistically a red county. Thompson said she is not afraid of failure, and as a scientist she has come to embrace it.

"I realize that it is going to be an uphill battle," she said. "You learn some things when you're getting a PhD., you learn tenacity and how to fail. But I am not afraid to pick it all up again and give my best try."

The chair of the Central Committee of Moniteau County, Gail Hughes, said Democrats nationwide are encouraged by the new young faces emerging within the party.

"We have gone through a dry time, seeing the same of old faces," Hughes said. "The party is in an upswing, with all these new people coming out and filing for election. It should make Democrats optimistic.

Thompson told her supporters she would not waste their time with empty campaign promises. She laid out five key objectives if she is elected.

Missouri is split into eight congressional districts, only two of which are represented by Democrats. The Fourth District has been represented by a Republican for the past seven years.