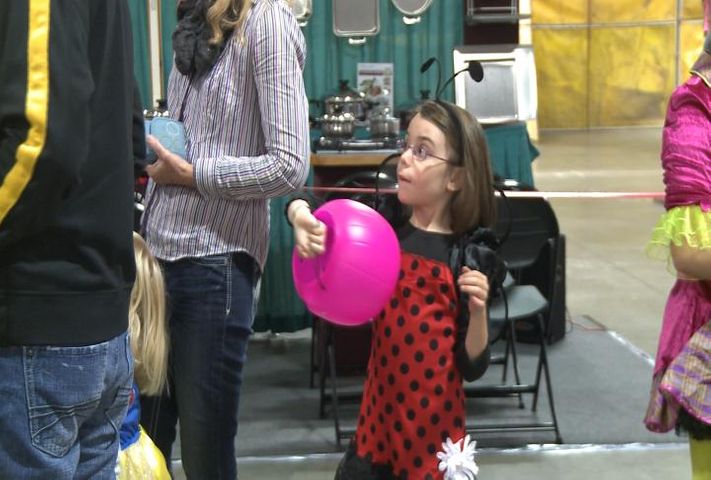 Halloween Spooktacular has always been at the Hearnes Center, and it's the Parks and Recreation Department's first time having it at a new venue.

"It's something new for us, but we're open to the change and we really like the way it's set up for us tonight," Recreation Specialist S.J. Idel said.

Idel said there is not a specific reason as to why the department was not able to rent Hearnes Center this year.

"We've had a contract with them for the last 15 years and this year when we approached them, it was just not an option for us this time."

The new venue and the Hearnes Center are more than ten miles apart, but that did not stop some parents from bringing their kids out for the indoor trick-or-treating event.

"I think it's maybe further out here, but I think that's the only con to having it," Ann Cardetti said. "It was easy to get to and the line didn't seem as long as lat year. There's also more space."

Like the Halloween Spooktacular event, the venue has held different events throughout the year, such as horse shows, gun shows and the Boone County Fair.

TAG Events will end its current role as manager of the venue in June 2014, leaving the venue with an uncertain future.

The CMEC Task Force held a public hearing Monday to discuss the future of CMEC without a manager.

CMEC's maintenance supervisor Joe Jennings said he does not think there is a problem.

"I've been here for about two years and we have had something going on almost every weekend," Jennings said. "I would like to see it keep going on."

More than 55 different organizations showed up at the event with different booths with games, mazes, face painting, and more.

Idel said he hopes to be back out at the CMEC in the future.

"We will definitely continue the event and at this time, we don't really know whether it will be here," Idel said. "So far, they've helped us in amazing ways and we look forward to coming out here next year if it's a possibility."

The task force will use the public input gathered so far and make recommendations to the Boone County Commission by Dec. 3.