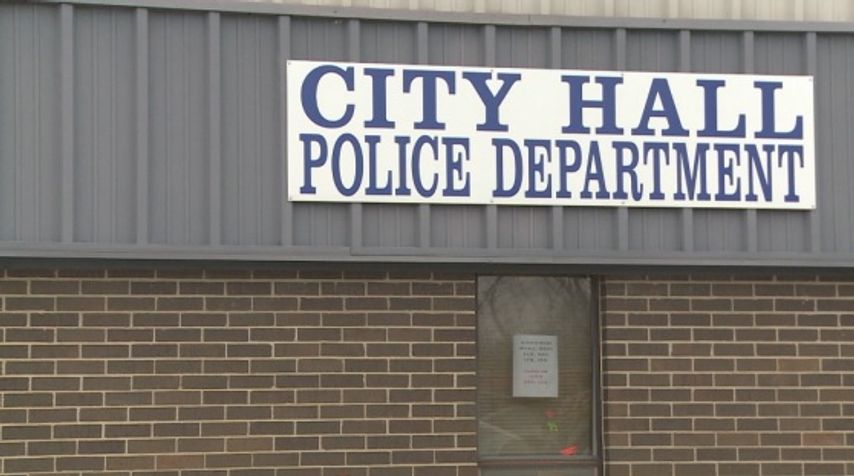 HALLSVILLE — Residents of Hallsville were left with no functional police department Friday, following the departure of their final full-time officer. Drew Gordon resigned because his wife got a job elsewhere.

"I wanted to let everybody know that they probably need to be a little more vigilant," Edwards said. "Understand that you're going to be seeing a lot less police presence around here, and to look out for yourselves."

Detective Tom O'Sullivan from the Boone County Sheriff's Department and Hallsville mayor, Mickey Nichols, confirmed the department was helping out Hallsville by patrolling the city. However, O'Sullivan said it's normal for the county authorities to step in and help out smaller towns like Hallsville, and he did not think the city was receiving sub-par protection.

KOMU 8 News spoke with Hallsville resident Angelee Geisler, who said she was comforted by the Boone County Sheriff Department's presence, but she said the deputies could not be on duty all the time.

"So, if there is an emergency where we need a police officer and we're waiting for a Boone County sheriff, who knows how far away they are going to be," Geisler said. "It's not going to take long for people that are wanting to commit crimes to figure out that nobody is patrolling the streets."

The reason Edwards' gave for bringing the issue to light echoed Geisler's concern.

"My decision to make a public Facebook post about the current condition of the police department was not anything personal. It is very much because I do care for the community here," Edwards said. "I don't want to see bad things happen to good people."

Edwards was one of two full-time officers in Hallsville, overseeing several other part-time officers who were often-times volunteers.

Back in October KOMU 8 News reported on a dog bite incident that led to Edwards' removal by the Board of Aldermen. However, the former police chief said the tension started months before that incident.

Edwards' said he felt a rift really begin to form because of differences of opinion between himself and city leaders. He said they felt he was not living up to their expectation of community involvement. He cites three citizen complaints heard in front of the Board of Aldermen, and the last one - the dog bite - was the "straw that broke the camel's back."