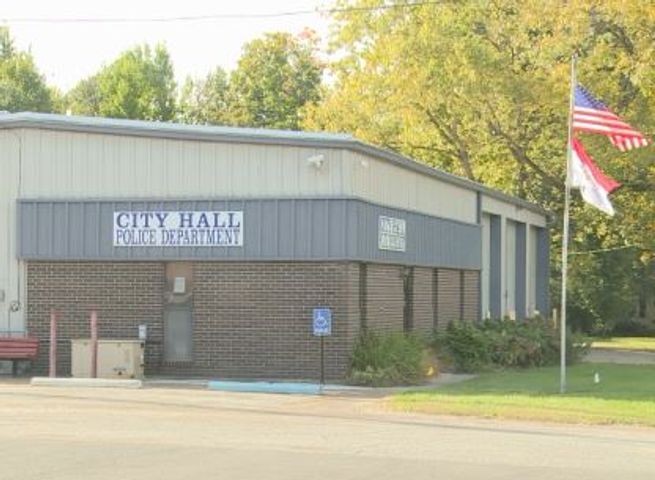 HALLSVILLE – Residents are upset after a dog bite incident led the town's police chief to resign.

Gabe Edwards resigned from his position on October 11, a day after a Board of Aldermen meeting where officials and residents discussed the complaint.

Johnna Smith wrote in a Facebook post, “This is a bite my mother got from a dog that lives next door to us. We reported it and Gabe (chief of police in Hallsville) took care of it following the ordinances, meaning my neighbor was forced to quarantine her dog for 10 days for check for rabies. My neighbor lied to city council in Hallsville and not only got the chief of police fired, but also is getting her dog back after 2 day quarantine.”

Smith’s sister-in-law, Ashleigh Smith, said her family is upset because the owner of the dog only got a slap on the wrist.

“So basically, all was in favor of this woman who’s dog bit my mother-in-law and nothing was granted – nothing was done justice-wise for my mother,” Smith said.

The situation started when Edwards responded to the dog bite complaint, notifying the dog owner, Margaret Brookshire, of the city’s animal ordinance.

According to Hallsville Ordinance 205.200 Impounding of Dogs Biting or Attacking Persons, “Any dog or other animal which bites, injures or attacks any person shall be immediately taken up and impounded by the Animal Control Officer, in the City Pound, or with a veterinarian of the owner's choice, for a period of ten (10) days”.

“We are not animal control officers so we go to the 'or' part of the ordinance to take the animal to a vet.”

Brookshire said at the meeting that “she is paying the veterinarian $268.00 for the 10-day quarantine. She wanted to know if the ordinance is correct and if it is then why isn’t she paying $3.00 a day to the City Pound instead of $268.00 to a veterinarian.”

According to the ordinance, if the owner takes the the dog to the vet, he or she has to pay out of their own pocket. But in this case, the city ended up paying Brookshire’s vet bill.

“Our city attorney said that this situation was not handled right either and he figured we shouldn’t burden her with the unneeded debt.”

Shortly after the Hallsville Board of Aldermen meeting, officials had a closed meeting where, according to the minutes, they “made a motion to offer Chief Gabe Edwards the option of resigning his position as Chief of Police for the City of Hallsville or be terminated.”

It was an unanimous decision in favor of the motion.

“All I’m going to say on the chief is, he gave us his resignation,” Nichols said.

After reading the minutes to Nichols and asking him again if the city asked Edwards to resign he said, “I’m not going to comment on that.”

Ashleigh Smith said she's upset Edwards has to leave and that Brookshire faces no consequences.

"We are kind of angry that this whole situation has brought out the reason for him leaving his job," Smith said. "That bothers us, but our main concern is the fact that this woman did not have to comply with the law that the city basically told her that it’s okay if you come up here crying to us that we’re just going to give in to what you want instead of what the laws are written."

Smith said her sister, Johnna and her toddler daughter are in the process of finding a new home because they feel it is unsafe to have young children near the dog.

KOMU 8 contacted Margaret Brookshire, the owner of the dog, for more comments. She said she did not want to comment on the story.