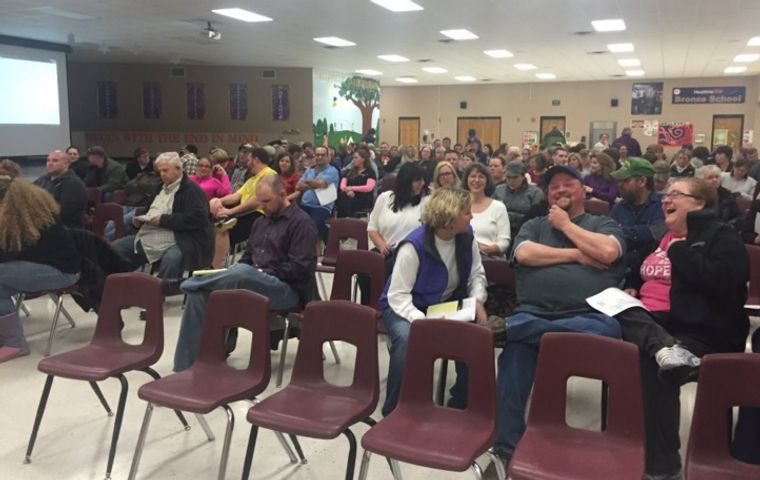 HALLSVILLE - Hallsville residents and parents voiced concerns during a Tuesday night school board meeting about proposed budget cuts to the Hallsville R-IV School District. The cuts were predicted to reduce the districts' expenses in budget year 2017 by $911,675 from the 2016 budget year.

The proposed budget would cut $460,400 by freezing salaries and reassigning current staff. School Board President Susan Daly said no current staff members will be cut. They will be reassigned, and the district will not participate in the fellows program next year.

Other changes the preliminary budget would cause include having summer school with the Columbia Public Schools and not getting new supplies next school year.

The board announced Tuesday that former Superintendent John Robertson resigned due to "personal reasons." His resignation was effective immediately.

Hallsville School Board President Susan Daly said Robertson used to handle the finances. She said auditors check the books every year and never saw any problems. Daly said a renovation project that began in 2014 is what got the district into this mess.

The proposed budget would also relocate the PRIDE program, an alternative school program, back into the regular school instead of renting space. Many parents voiced concerns Tuesday night about relocating that program back into the main school.

Robertson told KOMU 8 News a few weeks ago the board was considering an operating levy that would increase district revenue, but the board did not vote on that levy proposal at the last meeting on Jan. 20.

Daly said this is a preliminary budget, and nothing needs to be finalized until June.