Hallsville to educate students, teachers and parents on bullying 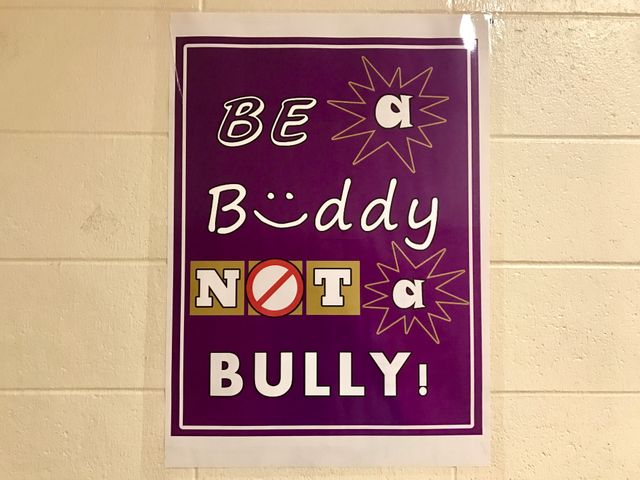 HALLSVILLE - Hallsville School District and the Boone County Youth Coalition are set to host a presentation from the Megan Meier Foundation about bullying and cyberbullying Thursday night.

Hallsville School District’s communications director, Marci Minor, said the goal is “to equip our faculty, staff, parents and students with being able to recognize the signs of bullying, cyberbulling and just basic online safety in general.”

The Megan Meier Foundation was founded by St. Louis resident Tina Meier, the mother of Megan, who committed suicide as a teenager after being cyberbullied.

Hallsville students will attend a presentation Thursday to hear Megan’s story and learn more about steering clear of cyberbullying.

Thursday night, the foundation will speak to parents and community members at the Hallsville Intermediate School about how to identify problems at home and at school. Minor said all are invited at 6:30 p.m. to attend or can tune in online. Ashland will also have a livestream viewing in its school district.

Students have the day off Friday, but faculty and staff will spend the morning with the foundation to learn more on how to help their students.

Minor said mental health issues like bullying are very common today and it happens at home and in school.

"It’s important to equip our students to recognize these things and it’s become the responsibility of the schools as well to make sure our kids know and can recognize bullying,” she said.

Minor said the foundation presentation will have a big impact.

“We’re doing this at our school because we feel like stories are powerful," she said. "Whenever you tell a story and you hear something like this from someone else, it can trigger your heartstrings to make you want to be able to help kids, and we can do that from our students, from our parents and from our staff perspective.”

Ron Rowe, the coordinator of the coalition that helped bring the foundation to Hallsville, said the Boone County Youth Coalition is committed to "making Boone county the best place it can be for students to grow up through conversations with community members.”

There are coalitions in four mid-Missouri towns: Ashland, Centralia, Hallsville and Sturgeon. The Hallsville Youth Coalition had its first meeting in August 2016.

Rowe said, during the brainstorming session with all the coalitions, “bullying is usually in the top three topics that communities want to address.”

Since Hallsville Middle School student Riley Wagner’s death in April 2017, more questions were raised in regards to bullying in schools.

KOMU 8 received data from the School Violence Hotline, which is operated by the Missouri Department of Social Services, Children’s Division. The reports were of bullying and harassment in Missouri between 2014 and 2016.

Of the 778 reports in Missouri, there were two incidents in Hallsville. One at Hallsville Middle School in 2014 for bullying and cyber harassment and another in 2015 at Hallsville High School for sexual misconduct and harassment.

Hallsville school district has not implemented any new programming for students in reaction to their student’s death in April.

Programs that were already in place in Hallsville schools include a survey three times a year from the Boone County Mental Health Coalition asking students if they enjoy school.

Student’s surveys from last fall helped the district form “Tribe Time,” which began this school year. It is a 30-minute period at the end of each high schooler’s school day to enrich their learning experience. Those classes include extra academic help or a non-traditional enrichment classes like auctioneering or gingerbread house building.

Minor said such activities produce a more positive school experience, which could have the effect of reducing bullying.

The school district is gearing up to launch a program for its primary school called “Cool School.” This program is designed to help younger students know how to respond if bullied on the playground, lunchroom or bathroom line.