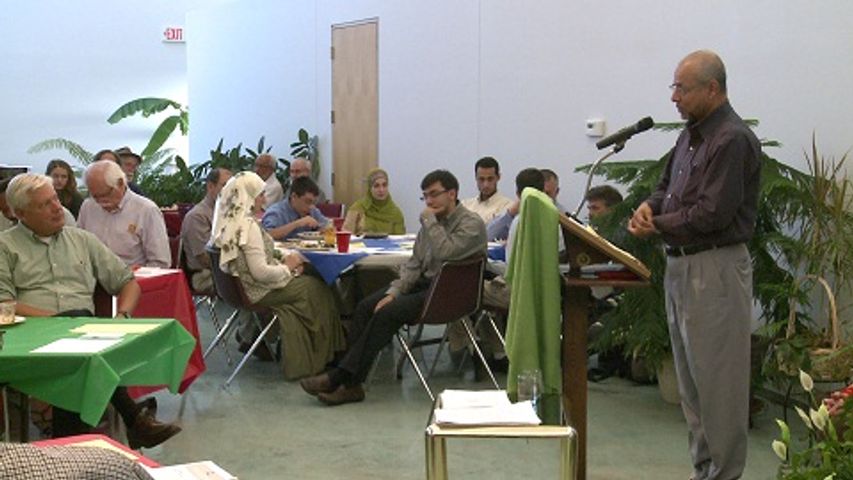 COLUMBIA - More than 100 supporters gathered at Rock Bridge Christian Church Wednesday night to pay tribute to Shakir Hamoodi before he goes to federal prison next week.

Supporters of Hamoodi set up a potluck dinner and those in attendance were encouraged to sign a petition to have Hamoodi's sentence reduced. Marvin Rodgers, a former political science professor from the University of Missouri, said the petition is growing but only has about 4,000 signatures.

"We're trying to get more," Rodgers said. "But we have to send this out a day after his incarceration."

Hamoodi along with his family was in attendence as they listened to community members pay tribute and recognize him for his accomplishments, as well as speak out on his situation. Hamoodi says his concerns are mainly for his family and their support while he is in prison. He also expressed his gratitude with the community of Columbia.

Hamoodi is set to begin his three year sentence next Tuesday. There will be another meeting to gain support on Saturday. Supporters are also encouraged to sign petitions at Hamoodi's business, World Harvest International & Gourmet, off Monterey Drive in Columbia.