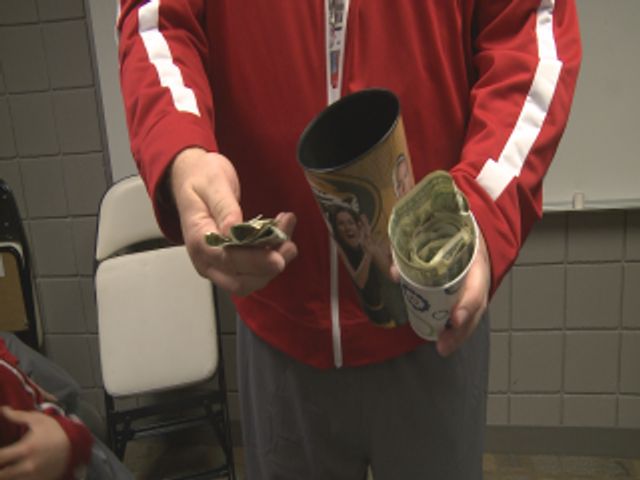 COLUMBIA - The Final Four-bound Harrisburg boys' basketball team has been keeping a secret.

Back in January, after a tough loss to Father Tolton in the MFA Oil Shootout at Mizzou Arena, the team hit a low point. Morale was down, and, as the team entered the visitors' locker room, head coach Steve Combs concocted a plan.

The boys emptied their pockets and pooled together more than $80. They stuffed the money in a cup and hid it above a ceiling tile in the locker room, betting that they would be back for the State Championship.

Now, the team is headed to the Final Four after beating Clopton by a single point last Saturday.

The team held a shoot around in the practice gym at Mizzou Arena on Wednesday, and was granted access to that same visitors' locker room.

After a few moments of suspense, Coach Combs found the cup, still hidden in the ceiling. The players erupted in cheers.

The Bulldogs face Crane High School at 5 p.m. on Thursday at the Hearnes Center.