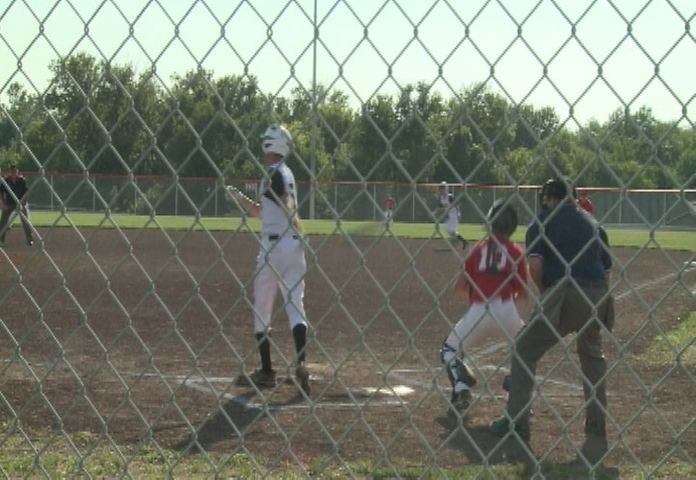 HARRISBURG, Mo. - Harrisburg is a small community, but one with a big change to their baseball field thanks to a community member coming back home and making a difference.  Eric Harmon played baseball at Harrisburg and now he's back as a public relations intern and has been instrumental in organizing the campaign for the high school's new baseball field.

"None of this field was anything from taxpayer's dollars.  It was all through the grant and donated," said Harmon.

The field has changed quite a bit since Harmon's playing days

"The field that we played on prior to this year was kind of your lower level field.  This is just state of the art.  I mean back in high school I would've never dreamed of playing on something this nice," said Harmon.

The process of finding donations from companies, getting help from volunteers, acquiring a grant and building the field itself took over two years.  Now, it's finally ready.

"I was getting a little nervous about it, but its all turned out great.  I can't say how excited I am about this, and excited for the players and the community," said Harmon.

It was a successful opening night for Harmon and Harrisburg as the varsity team won 12-0 while the JV tied 3-3.