Harstburg Grand opens to the public 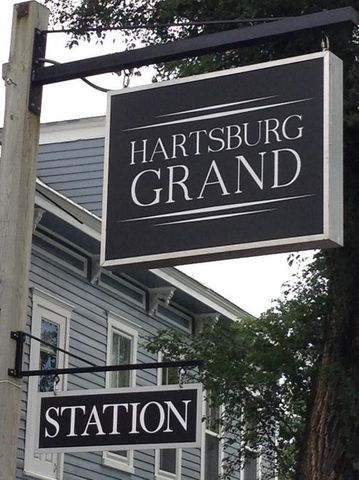 HARTSBURG - The Hartsburg Grand opened its doors officially to the public Friday with live music, theatre, and food.

The events began with a ribbon cutting ceremony at 3:30 p.m. A live music show of Overton Landing was scheduled for 5 p.m., and performances of the play "She Weeps" were set for 7 and 9 p.m.

The building was constructed back in 1897. Sam Hackman called the stage on the second floor Hackman's Hall and the venue was used for a variety of entertainment for the community.

New owner Sylvia Donnelly said the building has gone through various changes since then, and was a general store, a hardware store, and a barbecue restaurant at different points throughout its history.

"It took a lot of persistence and just having the strength and the courage as a community to hold on to something that we all wanted to save, and deciding that this town and this building was important enough to bring back to life," Donnelly said.

A flood in 1903 wiped out most of the downtown area of Hartsburg, but the Hartsburg Grand building was one of the few left standing. The most recent renovation began in 1994.

Donnelly said The Hartsburg Grand is an important part of the history of Hartsburg, and people in the town are excited to be a part of it.