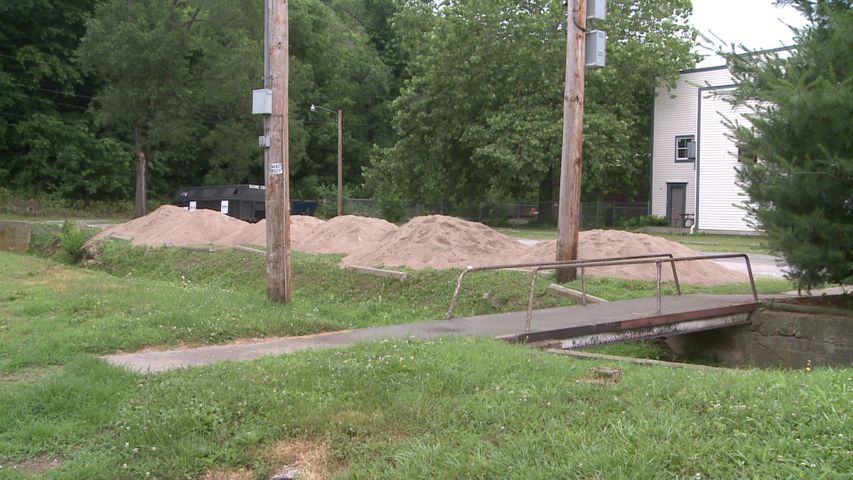 HARTSBURG - Tuesday evening mayor Bud Ditzfeld called Hartsburg residents to the American Legion to update them on the current flood action plan. The plan is for the northern part of Hartsbury as the southern farm lands are already saturated with river seepage.

The call to action will begin when the river reaches 26 feet. At this point volunteers will be asked to start sandbagging and pumping water from the Katy Trial levee even though the actual levee can hold thirty-two feet of water.

The mayor told concerned citizens the sandbag operations could not be started now because the sandbags would become hard like concrete and would not be effective when the time came to use them.

However, the city does have 6 truck loads of sand set out to fill the 25,000 empty sandbags. The city will use waste rock from Boone Quarries if it needs more sand to fill sandbags after the dredges are moved out of the river.

In the event of heavy flooding residents will get 6 to 8 hours notice of evacuation. At this point the fire department will provide food and shelter for flood victims.