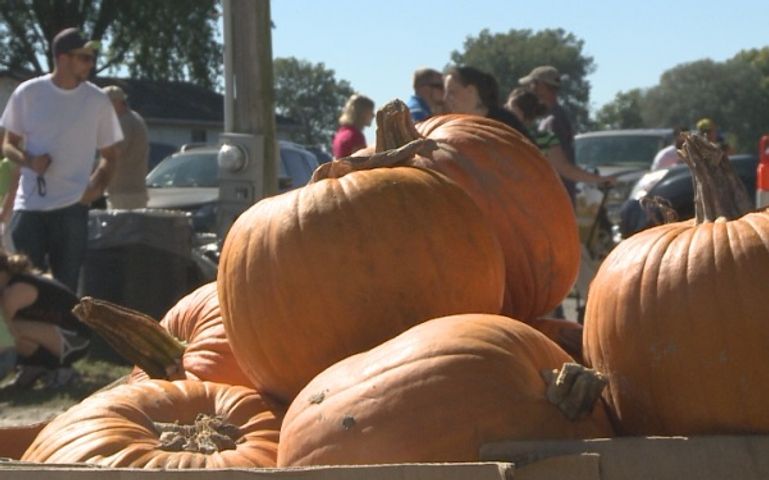 This is the festival's 22nd year and Wilburn said this is the biggest tradition not only for Hartsburg, but for the vendors as well.

"We see a lot of returning vendors," she said. "A lot of our vendors say this is the best festival they attend."

Vendors ranged from kettle corn to cowboy hats, but the festival gets its name from the Hackman farm, which is located on the festival grounds. Jo Hackman runs the farm and sells hundreds of pumpkins each year.

"Our crop has been wonderful, the crowd is good, seems like everyone's in a good mood," Hackman said.

Vendors and organizers said they were a little concerned with the rain this morning, but were happy to see the sky cleared out just in time for the crowd.

No criminal charges filed against officer involved in shooting death

Survivors of coronavirus might have lingering mental health issues

CDC advises to test all babies born to moms with coronavirus