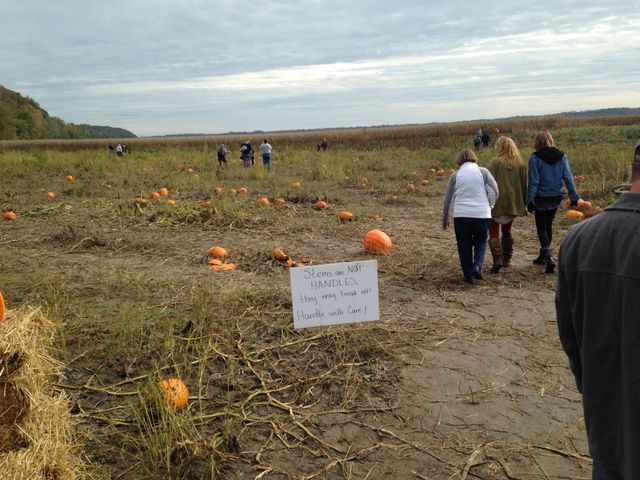 HARTSBURG - The first day of the 23rd annual Hartsburg Pumpkin Festival took place Saturday. Thousands of people made their way to the two-day event in the small community.

"It really economically just brings a lot of people into the community, so that the few business that we have here really, really profit a lot off of this weekend," Pumpkin Festival Treasurer Peggy Wilburn said. "In fact, one of the local businesses here says the weekend of the Pumpkin Fest pretty much sustains them for the entire year."

The Hartsburg Pumpkin Festival committee plans for 10 months out of the year, starting in February - up until today.

Andrea Lane, a jeweler distributor at the event, said the crowd was still pouring in this year despite the light rain.

The city government does not help fund the festival, but the mayor and other officials volunteer their time helping committee members.

Landon Nahler, an owner of the on-site pumpkin patch, said the festival really put the Hartsburg on the map.

The committee makes money off booth fees they charge vendors and selling festive t-shirts. The proceeds go to people who help with the event, like car parkers, a towing service and an ambulance that's kept on site. Profits also help put on the next year's festival.

Part of the profit is designated to help the community. Last year, the money went toward rebuilding the Lyons Club after it was destroyed by a storm.