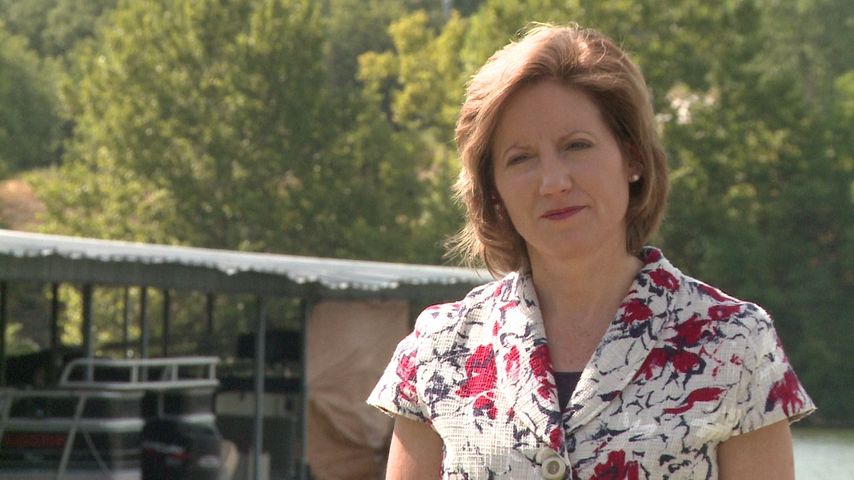 CAMDENTON - Missouri Congresswoman Vicky Hartzler unveiled a bill on Monday that, if passed, would limit the power of the Federal Energy Regulatory Commission (FERC) on decision-making issues involving power generation. Hartzler visited with multiple Lake Ozark residents Monday to answer questions about the bill and how it would help future homeowners in the area.

Hartzler's introduction of the bill comes after a long battle between lake residents, FERC, and Ameren Missouri over a shoreline management plan for the lake. The plan originally included an order to clear homes and other structures built below 662 feet above sea level. This would have meant the moving or destruction of more than 1,200 structures, including docks, barns and homes.

"This bill will return the power to (residents) to allow them to make the decisions on this lake other than power generation," said Hartzler. "FERC would still maintain control over that but that's where it should be it shouldn't have oversight of such things as aesthetics and recreation and 1100 miles of shoreline that have nothing to do with power generation."

Ameren Missouri released this statement to KOMU in response to the bill.

"We are aware of the proposed bill; however, we are still reviewing its provisions. During the past year, Ameren Missouri has committed to resolving the Federal Project Boundary issue at the Lake of the Ozarks by working with members of the community, stakeholders, legislators and property owners. We will continue being good stewards of the Lake while maintaining strong relationships with the community. With FERC's decision in June, most issues related to the Project Boundary have been resolved."

Hartzler said Monday she hopes her bill will change the future regarding FERC's power. According to Hartzler's website, House Bill number 3244, entitled the Landowner Protection Act of 2011, would "protect the property rights of Lake of the Ozarks landowners by prohibiting FERC from issuing any plan that requires the tearing down of structures along a hydro-electric lake."

Some lake residents who spoke to Hartzler on Monday said it's too late to change their fate.

"What she wants to do is stop this from ever happening again," said Patsy Riley. "And that's wonderful for future generations. We don't want them to ever go through this. What we've got to do now is help ourselves."

They said Ameren Missouri still has control over their property and what they can and cannot do with it. However, many did say they hope to see the legislation pass as it may help future homeowners at the lake.