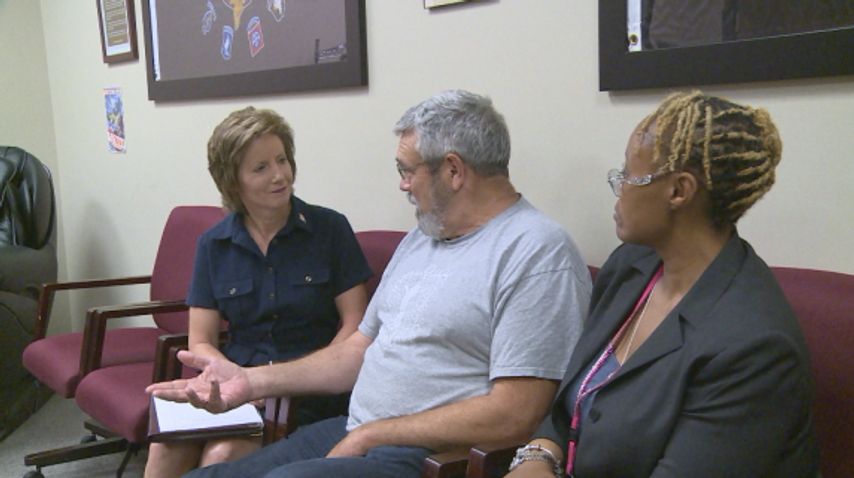 She visited the Columbia Vet Center Monday to talk about the challenges.

"I have been focusing for several months now on the issue of P.T.S.D. and suicide because we're still losing 20 veterans a day to this terrible crisis," Hartzler said.

She said she was very encouraged to see and hear about the work the Columbia Vet Center is doing for veterans in the area.

Hartzler says the Columbia Vet Center along with other local vet centers are more impotant now than ever before for vets including their friends and family.

"Only 30 percent of veterans who come back to this country actually connect with a VA center," she said.

A woman who works with veterans said she was there to speak on behalf of a friend with PTSD who is currently serving in the military.

"She doesn't have a voice today, so how could I not speak up for someone like that," Dianne Buffington said.

Hartler said veterans are constantly being sent high bills for medical need that should be taken care of.

In a bill proposed last week, she said, the VA would be able to reimburse veterans if they travel by ambulance to the VA hospital.

"Each one of these indivuals is not a statistic, they're a husband, father, son, a daughter," Hartzler said.