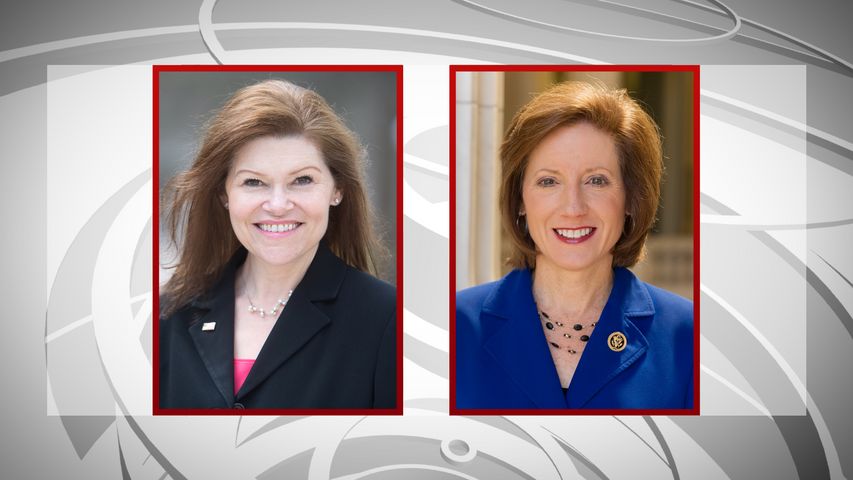 When it comes to healthcare, democratic candidate Renee Hoagenson said no one should die for someone else’s profits.

“We’re the only county in the world that has a for-profit healthcare system. The result is that we’re paying almost twice as much as anyone else in the world for healthcare. It’s 18% of our GDP. So it’s expensive and not everyone has healthcare,” Hoagenson said.

Hoagenson said improvements to the Medicare system could improve healthcare and local economies.

“If you consider that a family is spending 25-35% of their take-home pay on healthcare, and if they simply didn’t have to spend that money on healthcare, they would literally be getting a 25-35% raise, which they would then spend in their local communities,” Hoagenson said.

Republican candidate Rep. Vicky Hartzler said healthcare needs to be both affordable and accessible. Hartzler has represented the district since 2011.

“The Affordable Care Act, unfortunately, turned out to be unaffordable. It did not lower the costs. We need to turn more control back over to the patient, doctors, as well as the states as far as the options available,” Hartzler said.

Hartzler said she worked to pass a healthcare bill in the House that would give tax credits to those who made too much money to qualify for Medicaid. She said it did not pass in the Senate, so there is still work to do.

“We need to give people more choices with their healthcare and lower the cost by increasing more competition and going after the cost-drivers,” Hartzler said.

In August, 67% of Missouri voted no against Proposition A for Right to Work. Hartzler said she will listen to the actions of voters.

“I do and have supported that a person should be able to work without being forced to join a union and paying dues to something they may not believe in, but the voters did say and speak very loudly in August of their thoughts about that. I will not be co-sponsoring legislation in that regard anymore,” Hartzler said.

Hartzler said she recently visited the southern border and witnessed the struggles of border patrol agents. She said drug smuggling is a problem at the border and a border wall could help that.

“We need more technology to go after the drug cartels and we do need funding for a wall to be able to prevent them from being able to come in or certainly to deter them,” Hartzler said.

Hoagenson said there are fewer people crossing the border than there were 15 years ago. She said a border wall would take away funding that could be used for other projects.

“I think there’s a lot of ways that we could use that proposed money that would be much more productive for the citizens of the United States. If we’re talking about $26 billion, I think we could be using that to invest in infrastructure that would be meaningful for the people of this country,” Hoagenson said.

Hoagenson claimed Hartzler “plays a lot of party politics.” She said she wants to focus on helping people.

“We need to be putting party aside and we just need to focus on who is it that best represents your interests in your home with your family,” Hoagenson said.

Hartzler said those who believe she sticks to her party should look at the results. She said she has been involved in bipartisan bills.

“There’s many examples of many things I’m working on, national defense and others, that are in bipartisan fashion, and we are getting things done,” Hartzler said.

Hoagenson said it is important to her to “get the chaos out of congress.”

“I believe we need to have people in these seats who are just normal, average Americans who want to step up and serve,” Hoagenson said. “It needs to be more of a role of public service again. It needs to be something that is viewed as stepping up as a public servant.”

Hartzler said she is honored to have served District 4 and hopes to continue to be a strong voice in Washington.

“I just think I want to continue to listen to the people, to be out as much as possible. I spend as much as time as possible when I’m out here traveling, listening to people, seeing how I can be helpful because I work for them,” Hartzler said.

The election is November 6.