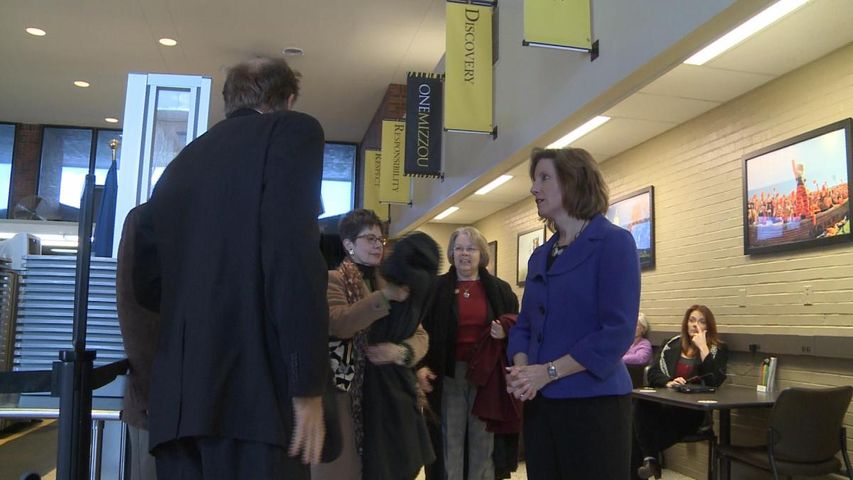 COLUMBIA - The Columbia Regional Airport control tower received backing Tuesday from Republican Congresswoman Vicky Hartzler, who expressed her concerns about the FAA's decision to close the tower during a meeting with Columbia Mayor Bob McDavid.

Hartzler said the closing is ill-advised and has sent a letter to the FAA questioning its reasons to do so. Federal sequestration forced the agency to cut $637 million from its budget, about 5 percent. Hartzler said the shutdown of the towers like Columbia's has much more impact.

"They have it seems to me targeted these very safe, economical control towers and I disagree with the way that they are administering the sequestration. So we are going to continue to advance that and if they are not willing to overturn that, we are going to be pursuing trying to find funding elsewhere to get those back reinstated," Hartzler said.

Hartzler said her contact is the first step to let the FAA know this was a wrong decision. But if the agency is not willing to take her advice, Hartzler said Congress has the opportunity to revisit the FAA's budget during appropriations later this year.

The closure will not affect flight schedules.  Columbia Public Works said last week it will take over safety maintenance of the facility once the tower closes. But both McDavid and Hartzler agree their concern with the closure of the tower is public safety.

"Somebody's got to be sweeping the runways to make sure there's no debris on the runway. I guess we can do that with a pick-up truck. Somebody needs to be out there making sure there's no deer running across the runway. There are basic safety issues like that used to be regulated to the control tower," McDavid said.

While on the tour of the facility, Hartzler also expressed her support for a new terminal.

"Certainly, it's an economic development issue for this region and it's a tremendous asset for this community. So we would love to see a new terminal here," Hartzler said.

McDavid said the city would do what it could to keep the tower open and is looking at possibly funding part of it locally. Hartzler said there are many other representatives who are looking at the situation. She said she plans on meeting with them upon returning to Washington.