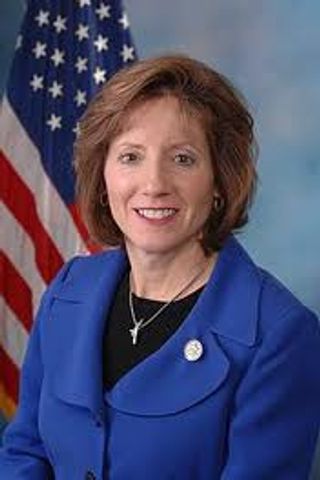 HARRISONVILLE - Rep. Vicky Hartzler won a second term in the U.S. House of Representatives Tuesday evening with 60 percent of the vote, according to the Missouri Secretary of State's office.

Hartzler, a first-term Republican, faced a total of three opponents in her bid to continue representing Missouri's 4th District, which stretches from the Missouri-Kansas state line east to Boone County. Democratic Party candidate and Cass County Prosecuting Attorney Theresa Hensley came in second with about 35 percent of the vote. Libertarian Thomas Holbrook won a little more than 3 percent of the vote, while the Constitution Party's Greg Cowan turned in a little less than one percent.

In her acceptance speech, Hartzler said she would work to "make your priorities the government's priorities." She said she would work to repeal the Affordable Care Act, approve the Keystone XL pipeline, and balance the federal budget. Hartzler told KOMU 8 News the first bill she would propose when the 113th Congress convenes in January will be a bill identical to the Leave our Lakes Alone Act she introduced in August. Hartzler introduced the bill in response to the controversy over property encroaching on federal boundaries for the Bagnell Dam at the Lake of the Ozarks.