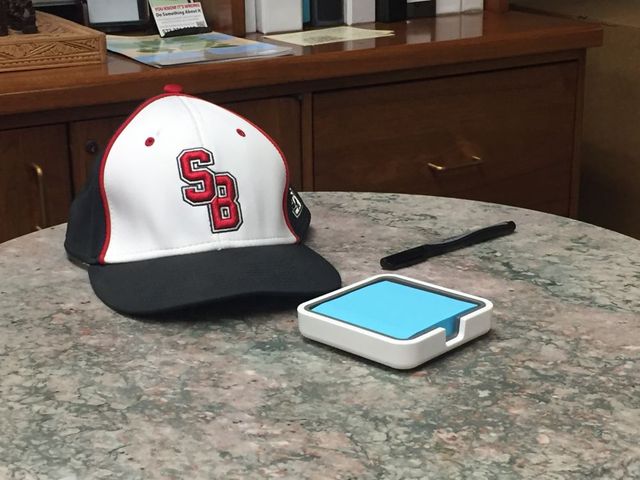 ASHLAND - It all came down to drawing a name out of a hat. To break a tie in the Southern Boone County School Board election, Price Nichols and George Carney put their names into a hat. The winner was drawn Wednesday, with the job going to Nichols.

Nichols and Carney each got 329 votes for the board's third open seat. They declined to hold a run-off election, so according to Superintendent Chris Felmlee, per Missouri statute, the tie should be settled by drawing lots.

Both candidates wrote their name on a slip of paper and put it in a Southern Boone Eagles ball cap.

"Now's your last opportunity to wrestle me for it," Nichols joked as he put in his slip.

"I've got a bad back so we'll have to settle this with you resigning," Carney joked back.

After his win, Nichols said he is looking forward to his fourth year on the board.

"I want to get back to work on budgets and keep improving the school district," Nichols said.

Nichols and Carney said they are close friends and there is no bad blood after the election.

"George and I play golf together and we are practically neighbors," Nichols said. "We are still friends. This won't tear us apart or anything."

Carney said he is disappointed in his loss, but is excited to see what the future holds for Southern Boone County schools and for himself.

"I'm no spring chicken," Carney said. "I told myself already that if I won today, it would be my last term on the board. I think it's important to have fresh faces on the board every few years. I have plenty of other things that can fill my time."

Both Nichols and Carney said they want the community to take away a lesson from this experience.

"Your vote matters. Every vote matter," Nichols said. "I was so disappointed in how few people turned out. And you can tell that every vote counts when stuff like this happens."

The school board is scheduled to hold its next meeting on Monday.