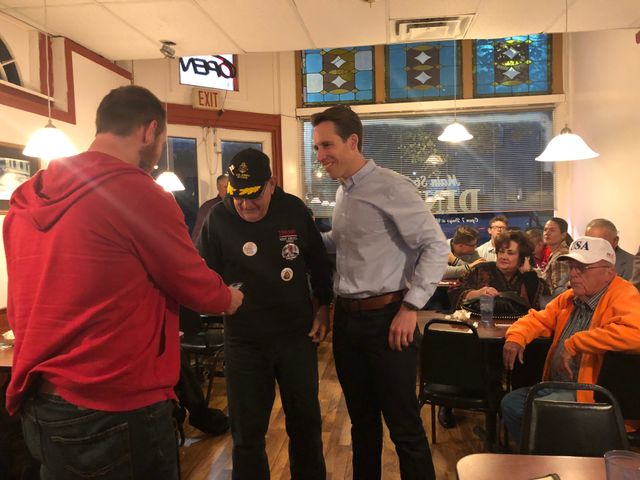 Hawley spoke at Main Street Diner to about 30 supporters. Thursday, President Trump campaigned for Hawley at the Columbia Regional Airport. At the diner Friday, reporters asked Hawley if he felt an obligation to be loyal to Trump. Hawley said his first loyalty is to Missouri.