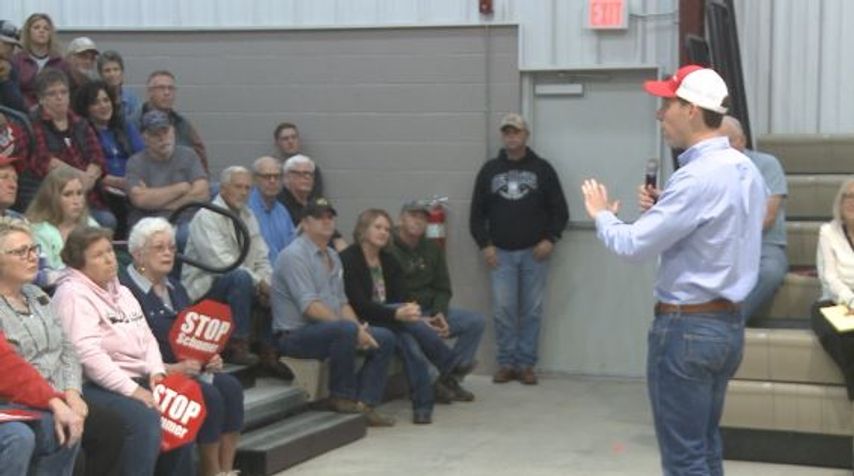 LEBANON - Republican U.S. Senate candidate Josh Hawley said he "can't speak" for the pastor who once called for government regulation of homosexuality and, as of Tuesday night, had been scheduled to appear with Hawley at an event.

On a radio show in 2010, David Barton asked: “Why don’t we regulate homosexuality," according to an account.

Then, in 2017, he condemned homosexuality on his radio show, according to a transcript.

“The evil that’s there, it still works in the same deceptive means today. It still has that nice smiling face. 'A homosexual lifestyle, it’s such a wonderful lifestyle.' Yeah? Why don’t you look at the medical stats and see if that’s really true?" Barton said.

In a news release Tuesday, Hawley's campaign said he and Barton would give evangelical supporters in Springfield an update on the Senate race at an event Wednesday night.

The Kansas City Star said it contacted the campaign Tuesday to see if Hawley agreed with Barton's views.

A short while later, the event was canceled because of a "scheduling conflict." The newspaper said that announcement came just 20 minutes after it asked the campaign about Barton.

Hawley launched his agriculture tour with the Missouri Farm Bureau on Wednesday. After canceling the update for evangelicals in Springfield, Hawley's campaign added a stop in Lebanon.

"This is a great crowd on such short notice," Rep. Jeff Knight, R-Lebanon, said at the event.

Speaking to reporters afterward, Hawley said he was not familiar with all of Barton's views.

"I can't speak for him, and I haven't seen all of his comments," Hawley said. "So I can tell you that I'm against discrimination of anybody on any basis."

The cancellation comes the same day Reuters released a poll showing Hawley up one point over his opponent, Democratic incumbent Sen. Claire McCaskill.

The poll by Reuters, Ipsos and The University of Virginia Center for Politics found 45 percent of all likely voters would back Hawley and 44 percent would back McCaskill. The margin is well within the online poll's credibility interval of 3.4 percent.

Hawley reminded his supporters in Lebanon that the outcome of Missouri's U.S. Senate race could impact which political party controls the chamber.

"This race is about whether we can save our country. That's what it comes down to. That's what we voted for in 2016. We voted to save this country," Hawley said.

McCaskill's campaign did not respond to requests for comment.