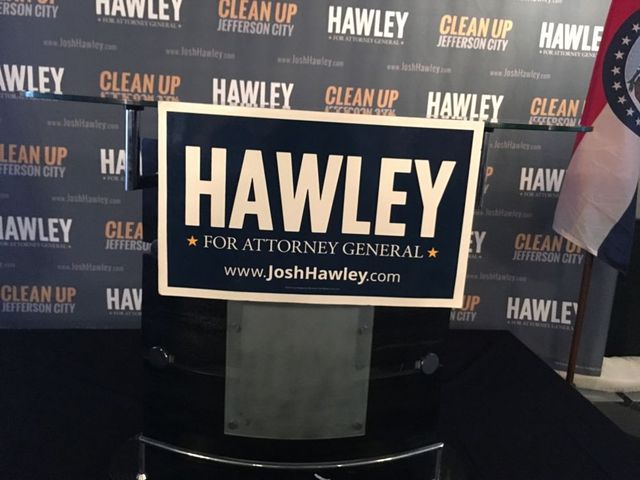 Family and friends cheered for Hawley at his watch party at Metropolitan Grill in Springfield after final news that Hawley won the race. Schaefer conceded after Hawley led by about 20 points.

"I'm excited to see the people in Missouri making their choices and opting for a conservative outsider," Hawley said. "I think the contrast in the general election is clear. It's going to be between the same old politics in Jefferson City as usual or a new approach that put the people in Missouri in their liberty first."

One Springfield resident said his decision to vote for Hawley was an easy one.

“I cast my vote for Hawley today because he stands for everything I believe in,” Springfield resident Michael Raymond said. "He really believes in restoring the constitution, which I'm all for."

Hawley said he's thankful to have a chance to promote his platform in November.

Raymond said when he received the voice mail from Hawley's campaign inviting him and his wife to the watch party, he didn't hesitate to join even though he's new to the area. In addition to new supporters like Raymond, Springfield is home to many of Hawley's long-time followers.

"This is a place where I have so many friends and family," Hawley said. "My parents live here, so it's just great to see supporters from all across the state here tonight."

People at the watch party said they are excited to see what will happen in November.