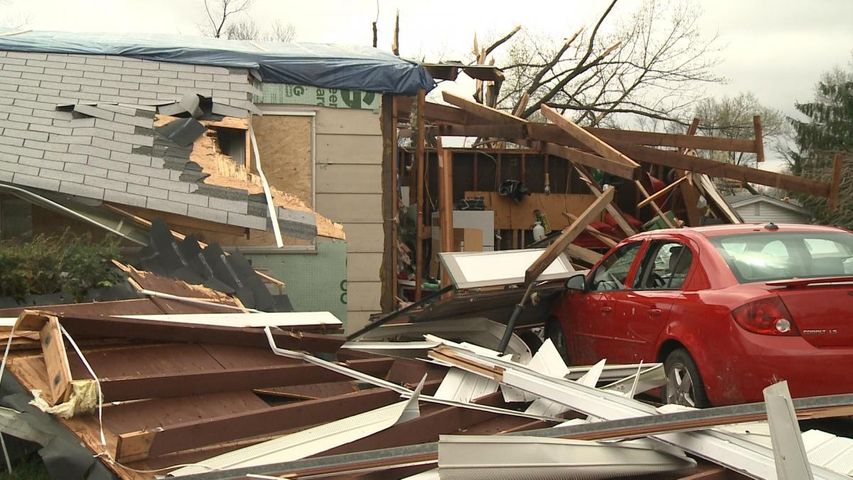 HAZELWOOD - After a tornado ripped through Hazelwood, Mo. residents of the St. Louis suburb are trying to clean up and move on. But, some residents say they're still shaken by the storm.

"We're hearing metal twisting noises and we weren't sure what we were going to see when we came up from the basement," said Hazelwood resident Melissa Marcus.

"It was amazing. I never thought I'd go through anything like this," said resident Jerry Brown

The storm hit a three block area in western Hazelwood the hardest. Winds uprooted trees and pulled siding off of houses. Residents said they could feel the storm moving through.

"It was loud and constant and just didn't stop and then the whole house shook," said Marcus

The national weather service classified the tornado as an EF-2 tornado, meaning the twister had winds from 111-135 mph. Those winds caused damage to many home in the area, but residents said they didn't see the effects until hours later.

"It was so dark so I didn't see a whole lot until this morning," Brown said.

Some residents are still without power, but volunteer groups were at the scene handing out water and food to victims. Residents whose houses are inhabitable because of damage said they plan to live with family or friends until they can repair their homes.

The storm caused Governor Jay Nixon to declare Missouri in a state of emergency last night.