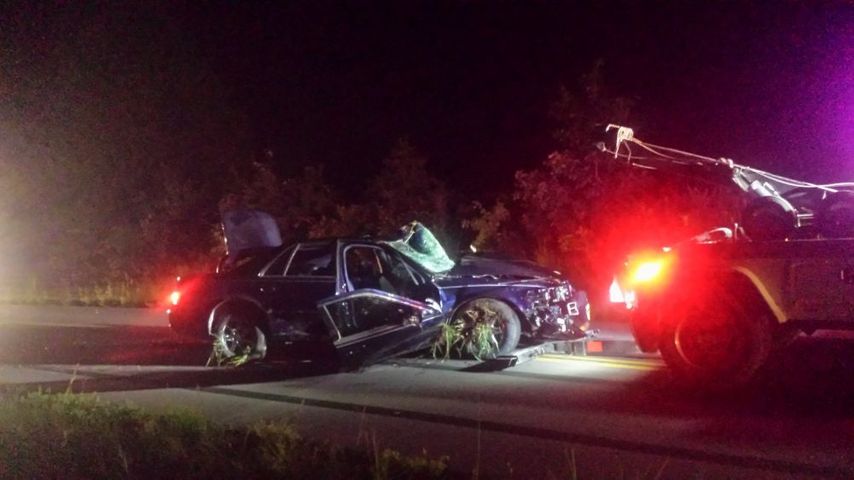 BOONE COUNTY - A head-on car crash on Route F near Clark sent one injured person to the hospital in a helicopter Wednesday.

The Missouri State Highway Patrol said two cars were involved in the accident just before 8 p.m.

Patrolmen said a total of three people were injured.

"There was two people in the Cadillac," Scott Ballard, Missouri State Highway Patrolman said. "The driver of the Grand Prix was taken to the hospital by helicopter and the two occupants in the Cadillac were taken by ambulance to University Hospital."