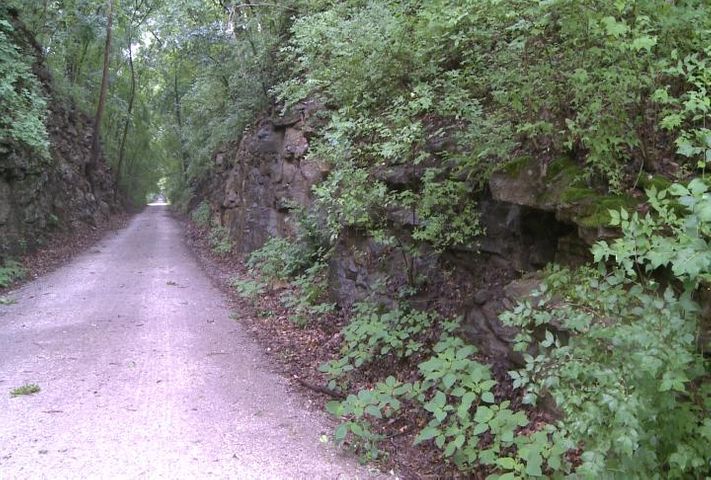 COLUMBIA - With all of the rain this spring, fears of the the West Nile virus (WNV) carried by mosquitoes have returned. WNV is an infectious disease that first appeared in the United States in 1999. Infected mosquitoes spread the virus that causes the disease. People who get WNV usually have mild symptoms or no symptoms at all, but some cases can turn serious in people with existing health risks.

In Columbia, the Columbia/Boone County Public Health and Human Services works to eliminate the mosquito problem. The department began to spray for mosquitoes on June 7 and it will continue to spray until Sept.

"[We] apply larvicide through different sites throughout the city on a weekly basis, and we also do some adulticide," Environmental Public Health Supervisor Kayla Wekenborg said. "We use a ultra-low volume sprayer and spray large portions of the trail as well as some ball fields every Friday."

Although the city is spraying, some trail users were unaware of the efforts.

"I did not know that they sprayed, but I guess I didn't know a difference because at the beginning of the summer they weren't that bad, but now they are so I can't tell if the spray is actually helping or if the rain just brought out more," runner Mariah Cook said. "We got eaten alive today."

Another trail user, Kathy Ritter, said she was unaware, but thinks it is a good idea.

Wekenborg said big bodies of water are typically not a breeding area for mosquitoes.

Wekenborg said the department doesn't normally see human cases of West Nile popping up until later in the summer. Shes said if there is continuous rain every three to four days the possibility of stagnant water is lower. The constant rain washes out the pools of standing water which is good because less breeding will be done. Wekenborg said the drier parts of summer are when the department will have to monitor more closely.

Spraying is done on a city-by-city basis. Columbia works with a vendor that provides guidelines for the right products and areas to spray. In Columbia, there are more than 900 sites to inspect for breeding. When a breeding pool is found, the city uses a larvicide on the water.

There are 3,500 species of mosquitoes, but only a couple of hundred species bite humans.

"The purpose [of spraying] is to prevent West Nile virus, so we haven't had a human case of West Nile in Columbia Boone County since 2007, so we do feel like our efforts are benefiting the community as a whole," Wekenborg said.

Funding for mosquito spraying used to come from the state, but the Missouri Department of Health and Senior Services cut funding. Now, most of the funding comes from the city.

"They used to provide some funding for mosquito trapping," Wekenborg said. "We had different sites throughout the city, but in years recent those funds have been cut and we haven't had a mosquito trapping program in two summers. It is really up to local municipalities or health departments to have those resources to be able to do something on a local level."

Wekenborg said these funding cuts eliminated the surveillance portion of the program.

"We can no longer have the resources to do any surveillance for trapping or for dead birds," Wekenborg said.

Wekenborg said if there is an area , residents can call the Department of Public Health and Human Services. The office investigates complaints.