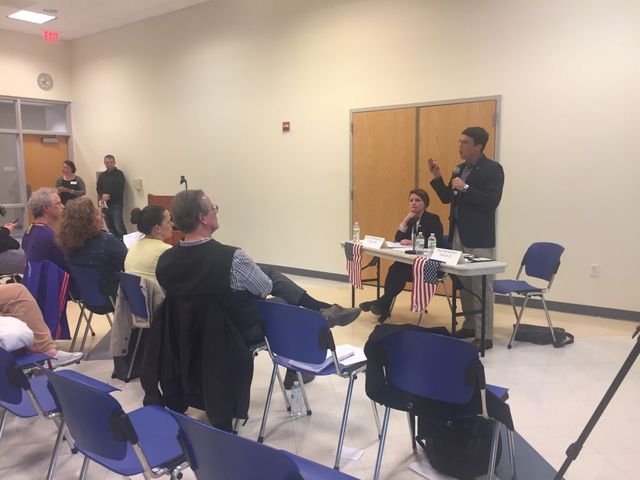 COLUMBIA - Dozens of people gathered at the ARC to voice their concerns over Governor Eric Greitens proposed budget cuts to the state Medicaid program. A similar town hall was held in February, focusing on federal health care.

"We need to protect our most vulnerable citizens, seniors and those with disabilities," said Richard von Glahn, Priority Manager for Missouri Jobs With Justice. "We want our representatives to hear our concerns and protect them."

Missouri Jobs with Justice sponsored the "State of our Health Town Hall" event. The focus of the meeting included cuts to the state budget and Senate Bill 28, which would place a cap on federal funding for the state's Medicaid program.

Rep. Kendrick said he believes this bill would be a mistake.

"This kind of structure has been tried in places like Puerto Rico and Guam and it will end up costing the state more money in the long run," Kendrick said. "With a reduction in federal funding, this will throw off the budget far more than it already is."

According to von Glahn, the proposed cuts could be detrimental to health care services like in-home care.

"Right now, the state is proposing changing the criteria required to qualify for programs that affect the elderly and the disabled," von Glahn said. "If they change this, nearly 20,000 people will lose their coverage. It isn't based on their improvement as an individual. It's them losing their access to important service."

Rowden also said the House budget will restore "Almost every dollar of health care appropriations originally proposed to be cut." He said the house, senate and governor are working to "identify additional sources of revenue not immediately known when the Governor was drafting his budget."

Rebecca Shaw, an organizer with CoMo for Progress, said she wants the town hall to be a two-way street between representatives and constituents.

"We want to urge people to call their representatives," Shaw said. "I want them to hear what people are saying and make their voices heard. So many people feel like they don't have a voice and the way to do that is just to reach out."