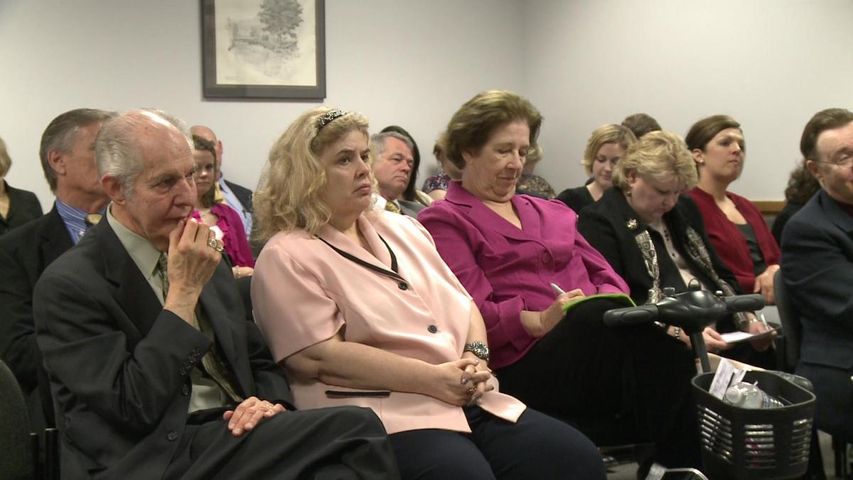 JEFFERSON CITY - A swift contrast from the normally polarizing political climate at the state capitol, representative Lyle Rowland (R-Cedarcreek) said after a hearing Monday his colleagues are widely supporting his new "Bill of Rights" resolution for deaf children in Missouri.

Rowland, the sponsor of HCR 42 to establish the "Deaf and Hard of Hearing Children's Bill of Rights," said he has heard no backlash from opponents in the legislature. Rowland and several members of the public spoke at the hearing in Jefferson City on Monday, encouraging the Missouri House to adopt the new resolution in order to make for a smoother public school experience for deaf children.

Ernest Garrett III, the executive director of the Missouri Commission for the Deaf and Hard of Hearing, said his prior work as a school social worker motivated him to testify on Monday. Garrett III said, upon graduation, deaf and hard of hearing children read at an average of between a third and fourth-grade level in the United States. In Missouri, data shows that number increases to fourth and fifth-grade levels.

"In 21st century America, that is completely not acceptable," Garrett III said. "That causes children to be left out of the American Dream."

Thomas Green achieved the American Dream by attending a university in spite of his deafness. However, he testified Monday about inadequate resources as a student in mid-Missouri public schools. For example, as a freshman in high school, Green said he lost his interpreter, and the school offered only minimum wage for the position.

That means Green had to make due by lip-reading his teachers' lectures. He also said he found difficulty acclimating to public schools with his sign language.

"My native language was being oppressed and shoved to the wayside so I could be on par with the English speakers," Green said.

Rowland said the legislature does not need to make "wide-scale" changes for deaf students. Still, he said issues for deaf and hard of hearing children are often ignored.

"We provide services, but is it the right kind of services? These people have lived in the background for a long time," Rowland said.