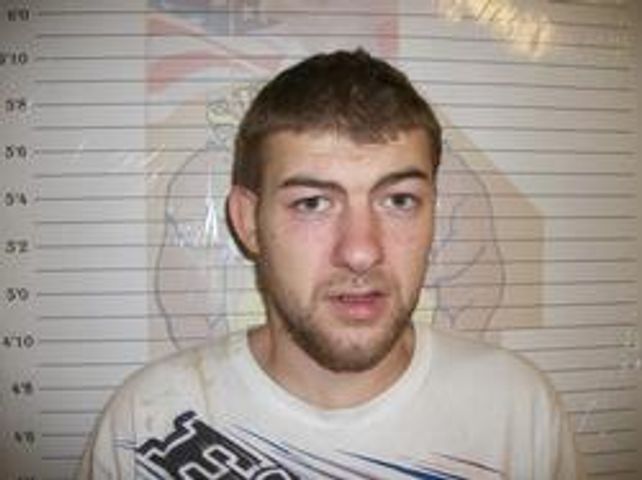 MORGAN COUNTY - The Stover man charged with the murder of three-year old Blake Litton did not appear in court Wednesday, though the judge initially had scheduled a case review. Morgan County judge Kevin Schehr rescheduled 21-year-old Thomas Presley's case review for next Wednesday, indicating the prosecution is awaiting necessary materials from the murder investigation before proceeding.

Authorities arrested Presley on Feb. 16 and charged with him second-degree murder in connection to Litton's death.  Presley is the boyfriend of Blake Litton's mother, 25-year-old Jamie Litton, whom authorities also arrested Feb. 16.  Presley has been charged with second-degree murder, abuse of a child and two counts of endangering the welfare of a child.

Investigators have said Presley admitted to beating Blake Litton repeatedly, until he thought the boy had become paralyzed.  In an attempt to cover up the murder, he said he then staged a hit-and-run accident on Route 135 near Stover after informing the boy's mother what had happened.

A probable cause statement cites Presley as saying he exchanged several texts with Jamie Litton about Blake's condition and his plan to stage the murder as an accident. Jamie Litton also has been charged with second-degree murder, and a court date for her case has been set for May.

Although attorneys on both sides of Presley's case are under a court-issued gag order, the judge did allow Prosecuting Attorney Dustin Dunklee to tell KOMU that he has received 200 to 300 phone calls from viewers of HLN television personality Nancy Grace.  During her March 6. show, Grace urged people to call the prosecutor's office and demand first-degree murder charges for Presley and Jamie Litton.  In court Wednesday, the judge begged the question to reporters of whether Grace, a former prosecutor, could be tampering with pre-trial proceedings.

In Sweet Springs, residents held two candlelight vigils for Blake Litton last month.  Although Jamie Litton's father, James Miller, declined a request to talk about the case, he did give the family minister permission to talk about Blake and the public's reaction to the case in the Morgan County community.

"He always had a smile on his face, ready to give a hug," minister John Wagner said. "The community is devastated. You know, those unanswered questions as to why--we just don't know, and the community doesn't really know where to go from here."

Wagner said Blake has three sisters--Alexis and Holly, Blake's half-siblings from Jamie Litton's first marriage to Shane Bridges, and three-year-old Faith, Blake's full sibling from Jamie's second marriage with Robbin Martin.  Investigators reported they found Faith had injuries that could be consistent with abuse, and shortly after Blake's death, Faith went to the hospital with an untreated broken wrist and other injuries.  Wagner said Faith has been released from the hospital and is recovering well with her father and grandparents.

Wagner said Jamie Litton and her four children lived with her parents, LaVerra and James Miller, for a few years until her second divorce.  Wagner said the Millers saw no signs of abuse while the children were living with them, but when Jamie moved in with T.J. Presley in January, she stopped taking the children to see their grandparents.

Currently, Presley and Jamie Litton are in jail.  The judge said the preliminary hearing for Presley could be set as soon as at the case review next Wednesday.

Further details about the case can be found in the probable cause statement.