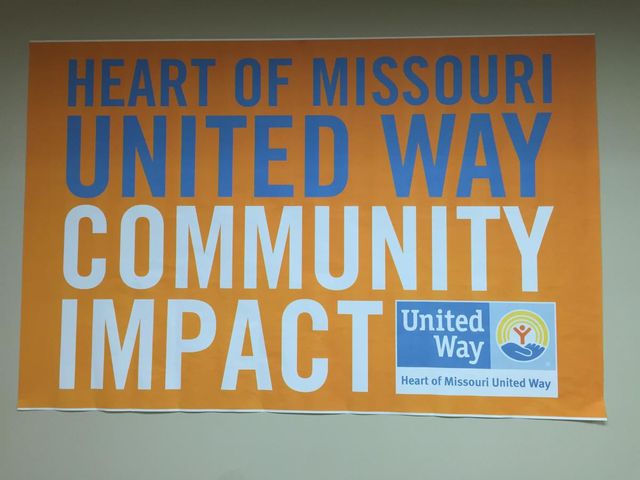 COLUMBIA - Funding is tight for the Heart of Missouri United Way and Tuesday morning charity leaders met to discuss the need for increased funding for 2015. Additionally, United Way executive director Tim Rich explained how the current funding campaign is lacking.Rich believes a combination of factors are causing the surge in need.

Cameron Dunafon is the board president of the organization and highlights a specific area that could be contributing to the growing need.

"Through collective impact we've focused on several indicators of poverty like third grade reading level and high school graduation rates," Dunavon said. "We've identified ways to work with youth to prepare them for life and avoid a generational poverty cycle."

Food, shelter, clothing, and medical needs are just a handful of costs that some Mid-Missouri families and individuals cannot afford. The United Way teams up with local agencies to help provide these necessities across Columbia.

"There are more folks in need and we can only do as much as the community allows us to do," Rich said. "We're only about 75% of the way to our goal that we wanted to reach by the end of 2014."

A greater number of agencies that the United Way serves are requiring emergency funding than ever before. In an attempt to provide that funding, Rich said the United Way has cut 16% of costs internally by letting three employees go. All agencies still saw 10% less funding than the 2012-2013 campaign.

The United Way helps fund various agencies that work to provide nutrition, infant and children care, treatment services, employment opportunities, and dwelling assistance. As part of the global initiative of #GivingTuesday Dunafon encourages the public to give back to keep these agencies afloat in Columbia.

The United Way hopes to raise between $3.4 to $3.5 million throughout the next year. Information on how to volunteer or donate can be found on their website.