Heat doesn't stop some from working outside 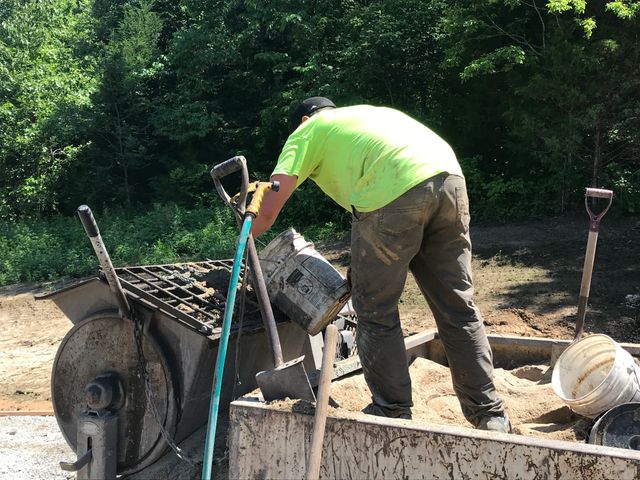 COLUMBIA - Construction, landscape and many other jobs don't stop when temperatures rise, even up to 100 degrees.

One concrete crew had to endure Friday's brutal heat working outside all day.

"It's hot outside," Curbstone Concrete owner Jon Whitworth said. "It's Missouri. It's the summertime. You gotta be used to it."

Whitworth said he and his crew try to beat the heat by starting earlier, and therefore finishing earlier.

"The harder, harder labor is in the morning, little bit cooler temperatures," he said. "The little bit less intense labor can be in the afternoon, the hotter times of the day."

One crew member said he's been doing this job for years and it never gets easier.

"It's hot every summer and every summer it sucks working out in this heat," crew member Brad Pierson said. "You can do everything possible to keep yourself cool but it's still miserable."

Whitworth said water and Gatorade are always available on the job sites and crews are encouraged to take breaks, but they have to settle for shaded areas, not air conditioning.

"Sometimes that can kind of be harder to get back into it," he said. "We just kind of get accustomed to it."

Whitworth said working outside wasn't bad in the spring. He said one specific thing has made the last few weeks a little harder.

"The humidity is back....It's Missouri. If you've been here long enough, you know it and you're feeling it now."