Heat Stresses Cows, Drives Milk Production Down and Prices Up 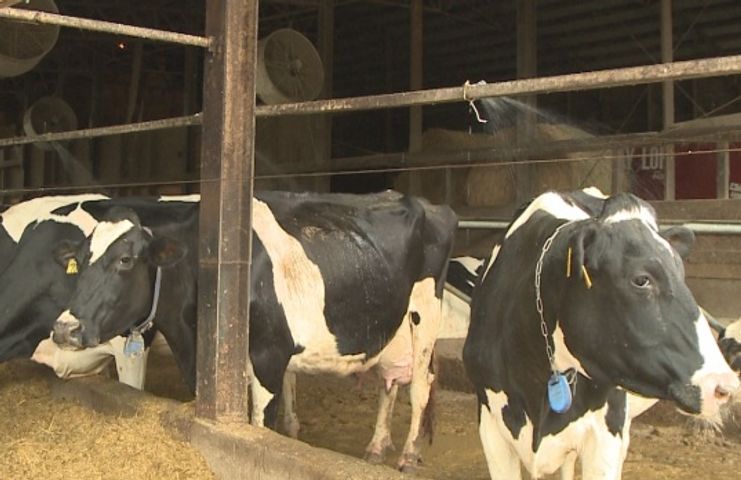 OSAGE COUNTY - Some dairy farmers are using fans and sprinklers to keep cows cool, because the summer heat could make them produce less milk now, which would send prices higher in the fall.

"Summertime is the worst time of the year in terms of production," said Alfred Brandt of Brandt Dairy Farms.

The recent drop in temperatures in Mid-Missouri has helped Brandt's cows cool down a little, but it's still not enough. Cows are most comfortable in temperatures ranging from 25 to 65 degrees.

"In the summer time we'll drop down to 75 until we hit severe stress," said Brandt. "Then they can drop below 70 pounds so it hits about 20 to 25 percent in production." Brandt's farm typically produces up to 90 pounds per cow, per day, of milk in the spring.

Extension economist Joe Horner said milk prices in the spring are usually the lowest of the year, because this is when cows are producing an excess of milk. In the summer, milk prices are not affected because the demand for milk lowers when school is not in session.

"Typically we have a high demand in the fall and low milk production," Horner said. "Especially in the early fall, and that's when we typically see our seasonal highest prices of the year."