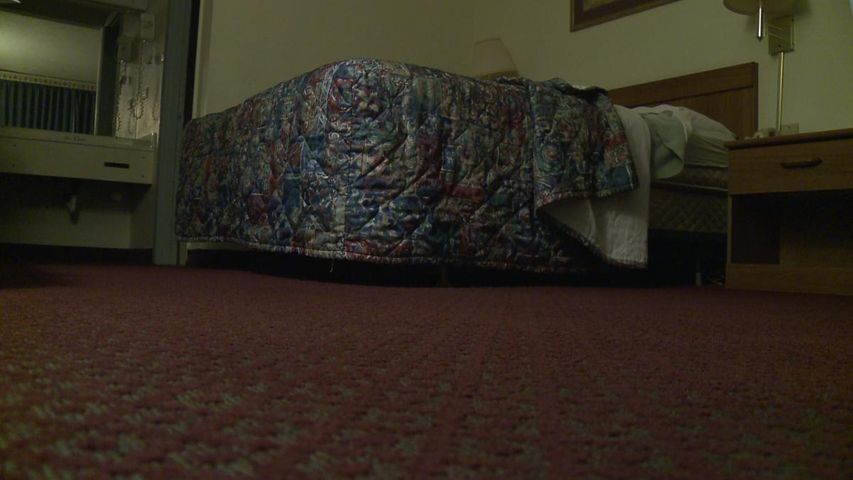 COLUMBIA - Crimes occur in Columbia without anyone's knowledge, according to the Columbia Police Department. The main crime under the radar is the growing sex trafficking industry.

"With guns and drugs sales, you can sell them but then you have to find more guns or drugs to sell. With a person, that person is reusable from that standpoint. So that's why many have gone to trafficking," human trafficking specialist Tim Thomason said.

Thomason said one of the main ways to fight this crime is hotel surveillance. "Cameras have helped us collaborate with information we've gotten. It has helped us in making sure information we're getting from witnesses and other people is factual information."

Kara (not her real name), a local teenager, was trapped in sex trafficking for several months. Her trafficker moved her and several other girls to different hotels to maintain a low profile. "Especially hotels with no cameras, he could walk free."

Kara was eventually able to escape, but she said if someone realized what was really happening, she and other victims could have been saved earlier.

Various hotels in Columbia with security cameras told KOMU 8 News they see suspicious activity, but admit they cannot do anything about it. "We've had sketchy figures come here before. The guy will buy the room with cash and you'll see on the cameras that a girl comes through a side door. We definitely see it happening. We just can't do anything about it because it's not like we know if it's sex trafficking or not," an anonymous hotel employee said.

But Thomason disagrees with them. "Use your gut in any crime no matter what it is. Trained hotel staff are trained to recognize things. We need that, they're in the perfect location to stop these things. The police are busy. We have lots of things going on, but we can't do this job no matter what the crime is by ourselves. There's approximately 15 to 18 police officers on the street at any given time in Columbia and to keep crime from happening in our city or find out about crime by ourselves is just impossible."

The Columbia Police Department has focused on trafficking since 2009. Since then, one case has been successfully prosecuted. Thomason said there are currently a handful of cases pending but many more victims are out there, some that will slip through the cracks. He admitted the police needs more training and more partnerships with local non-governmental organizations (NGOs) to find more victims.

"We all know what a speeding car looks like because we know what the speed limit is and we know how fast we drive and what 40 miles an hour looks like. We don't necessarily know what a human trafficking victim looks like we just have that gut feeling that somethings not right. That's really all that we're looking for is people to follow their gut especially in those businesses where they may be prone to seeing those types of things."

Thomason said the reason why sex trafficking is difficult to spot is there is not one face of sex trafficking.  "It's not just a low income issue, its not just a runaway child issue. We've seen kids that excel in school across the country where they're the best kids in the world and great family support but they fall trap to a trafficker at times. You see differently economic levels involved in all of this. It's not a stereotype crime. It can happen to almost anybody."

Thomason encourages the community to let the Columbia Police Department know of any suspicious activity. "I would much rather have somebody call and it not be the case than not call and it is."