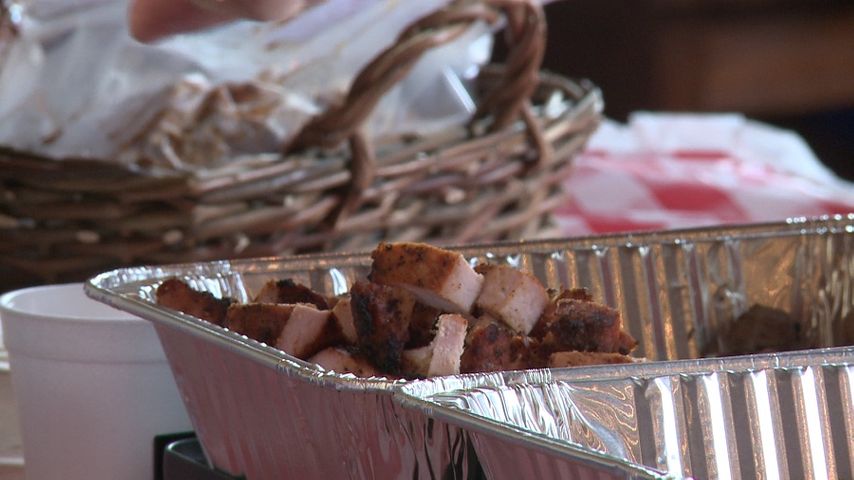 HERMANN-Hundreds of people came to Hermann Sunday for the annual Wurstfest.  The festival began Saturday morning and committee members say more than 1,000 people attended the fest on Saturday.

This annual festival features a variety of activities including sausage making, sausage competitions, and German music and dancing.

This year there were a record number of sausages entered in the contest which was judged yesterday.  The category with the most participants was the beginners level, mainly because any hunter who makes sausages could enter those sausages in the competition.

There were multiple venues for the event. Sausage makers showcased their work at the Hermannhof Festhalle in downtown Hermann.  Festival goers got to taste test their favorite sausages at this venue.  The Stone Hill Pavillion at the Stone Hill winery featured sausage making demonstrations and more sausage tasting.  German music and dancing also took place at the Stone Hill Winery.

In addition to all of the sausage eating and tasting, people who attended the fest were in for a special treat Sunday afternoon.  That's because the annual Wiener Dog Derby took place.  The only dogs allowed to enter in the competitions-Dachshunds.  This derby featured a costume contest, a talent show, and different races for different aged dogs.

Wurstfest takes place the fourth weekend in March every year.  In 2013 the fest will take place the weekend of March 23rd and 24th.  Click here for more information on next year's festival.