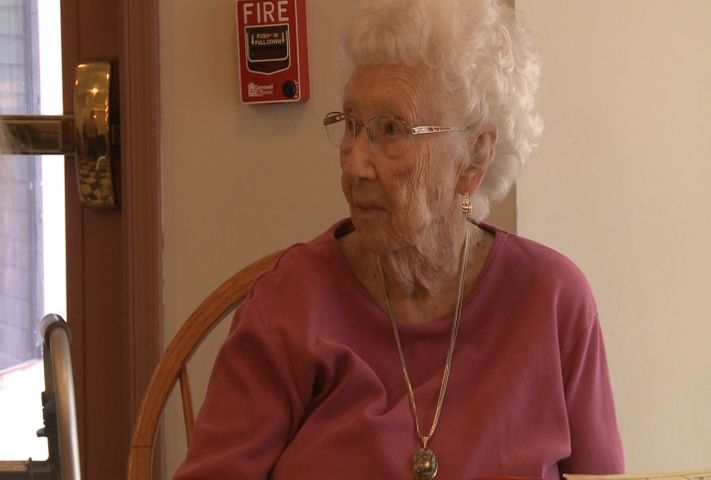 JEFFERSON CITY - One type of scam against the elderly is increasing because it's easier to access personal information through social media.

"Grandparent fraud" happens when a scammer calls a grandmother or grandfather pretending to be their grandchild, and asks the grandparent to wire money.

"Your family member is in trouble. They need bail money. They need lawyer fees," said Joe Bindbeutel, head of the Attorney General's Consumer Protection Division. "Whatever it happens to be, they put time pressure on the elderly person and of course pull on those heart strings and they are very, very successful."

"In the recent decade, with the prevalence of personal information being widely available to a number of people, it's easier and easier for scammers to appear that they really know the person they're talking about, that they really know your child or your grandchild," Bindbeutel said. "It has caused an uptick over the last several years."

A common type of grandparent fraud happens during spring break week for college students. If a student posts about his or her spring break location, a scammer may see that location, and then find family connections and phone numbers online. The scammer then calls the grandparents and pretends to be their grandkids or a lawyer. The scammer may say the grandchild is in jail and then request money for bail money and lawyer fees.

"It is very, very easy in today's world to put two and two together," Bindbeutel said. "It doesn't take very much. As long as they can get a little bit of information and tie it to a family member, particularly a senior citizen or grandparent, that's all a scammer needs. They can make up a story that sounds very compelling."

He says a big component and red flag of grandparent fraud is timeliness.

"The hallmark of virtually all scams is hurry, you've got to hurry," Bindbeutel said.

Once that money is wired, it's hard to get back.

"Once a couple [or] three days go by, it's very difficult because the money is gone on the other end," Bindbeutel said.

He also said grandparent scammers come from all over the world.

"It's a tremendous variety," Bindbeutel said. "It's people from countries like Central America, Africa is very common, Jamaica. But we also have people that are traced back to the United States and even in Missouri."

These types of scammers also tend to be hit and run.

"They'll come into an area, they'll saturate the area, and then they'll get out quickly because they realize they're going to get caught at some point," Bindbeutel said. "Someone is going to wise up and get us on their trail, so they tend to be very spotty from area to area and frankly from country to country."

Janice Stowell Clark, an administrator at the Candlelight Lodge in Columbia, said she's seen an increase in elderly fraud over the past three years because of technology.

"We've seen quite an increase," Stowell Clark said. "As a matter of fact, just last month in February, two of our prospective residents were here because of being exploited in their homes."

She says scammers target senior citizens because they are particularly vulnerable.

"Fifty percent of people over the age of 85 have some form of forgetfulness, some dementia, something that might cause them to not be able to think as clearly or use as much good judgement as they had before," Stowell Clark said.

But, she says, she gets it.

"I'm a grandmother so I know," Stowell Clark said. "Four grandchildren and I would do just about anything for them."

"Most older folks are raised to be trusting," Bindeutel said. "They're raised to be honest and they assume other people are honest as well. They tend to be very attractive parties for financial scams because they've been responsible and put a little bit aside for themselves."

Places like the Candlelight Lodge have taken proactive measures to prevent their residents from being targets of scams.

"We'll have seminars and different training opportunities for family members to come in and learn about best practices for trends we're seeing in the neighborhood," said Trina Almond, community outreach coordinator at Candlelight Lodge. "We also tend to track anyone that's called. We of course ask what their conditions are surrounding their call because most people aren't just picking up and calling for no reason."

There are some steps senior citizens can do to prevent fraud.

Bindbeutel says the most important preventative measure is double checking with a family member before wiring money.

"If they have any concern that a loved one is in trouble, they need to call that loved one, call their family, and make sure it's true before they do what the scammer is asking," Bindbeutel said.

If a senior citizen thinks he or she is the target of a scam, it's important to call the Attorney General's office immediately.

"It's very important to call us immediately for their own benefit because sometimes if it's reported very quickly, we can get wire transfers reversed," Bindbeutel said.