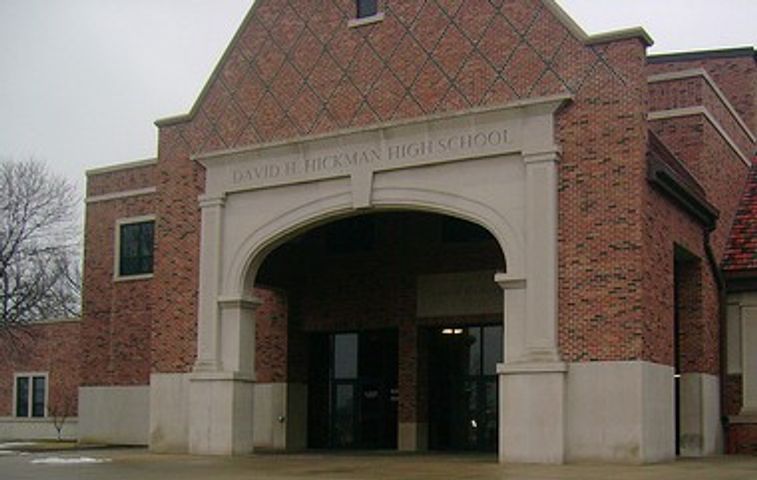 COLUMBIA - Jerome Sally, a Hickman High School assistant principal, is suing Columbia Public Schools as a result of "systemic discrimination" throughout his employment.

Sally's is the fourth discrimination lawsuit against CPS since August 2017.

"He has been paid less than similarly situated white administrators," J. Andrew Hirth, Sally's attorney, said. "There's really no explanation for why he's paid what he's paid, and the district has really just been taking advantage of him all these years."

CPS hired Sally in 1993 and he has worked as a full-time assistant principal since the 2006-2007 school year. The lawsuit claims a teacher who began at the same time as Sally had a starting salary of $5,000 more. Sally brought this to CPS's attention, and his salary was then adjusted to that of the other employee.

The lawsuit claims when Sally began teaching at CPS, the district determined salaries based on the "Teacher Salary Schedule," which reflects years of service and hours of graduate study beyond a B.S. in "steps." Each step applies an "index number," which is a multiplier to the previous step's salary.

When Sally accepted his administrative role for the 2006-2007 school year, the lawsuit said he received three different contracts all using different ways of calculating his salary level and not using the Teacher Salary Schedule. The lawsuit says he also did not receive credit for twelve years of experience.

The lawsuit claims Sally questioned CPS and he was told including those credits would make him "the highest paid assistant principal in the district." The lawsuit states Sally understood this to mean CPS "would not permit an African American to be the second highest paid assistant principal in the district," and that his salary was "arbitrarily set" to keep his salary below those who are predominantly white.

For the 2011-2012 school year, CPS implemented a new "Administrator Salary Schedule," which the lawsuit says eliminated any reliance on the previous schedule. This new schedule compressed the previous eight levels into three, focusing solely on post-graduate degrees obtained instead of number of post-graduate hours.

Hirth said Sally was on the eighth and final step. He said when CPS switched to the new system, Sally is now on the first step of three. The lawsuit says the shift made Sally lose 75+ hours of post-graduate education and credit for his first six years of teaching.

The lawsuit claims this change harmed Sally as an "older administrator," saying that for 19 years, he relied on the previous salary schedule. When the rules changed, he had to "start over after almost two decades of service." The lawsuit says the change did not affect younger administrators who "had not invested time and money into earning post-graduate hours that no longer counted."

A tax levy in 2016 raised lagging administrator salaries to compare to that of other districts. The average raise that year was approximately $10,000, according to the lawsuit. Sally received no increase in salary that year.

When he contacted CPS administration, it told him, "he was being overpaid, and that the district was doing him a favor by not cutting his salary," according to the lawsuit. It says CPS told Sally his situation was an "anomaly" because he was the only employee not entitled to a raise under the Administrative Salary Schedule. CPS later offered Sally a raise of less than $4000.

CPS said it is not able to comment on personnel matters or on current litigation, but Communications Director Michelle Baumstark said the district hasn't received many questions about the lawsuits.

"It doesn't seem to have an overall impact on us," Baumstark said.

Baumstark said the district is in "a very good position" in terms of employment, and the lawsuits haven't had much of an effect. Last year, CPS had 8,284 applicants for 394 open positions in the district, according to Baumstark. Of the new hires, 15% were minorities, and of the 2500+ employees in the district, 14% are minorities.

The district's legal defense, Jill Smith, said, "We are fully aware of the recent lawsuit," and it believes, "the district took no discriminatory actions against Mr. Sally and look forward to fully defending the district against any allegations."