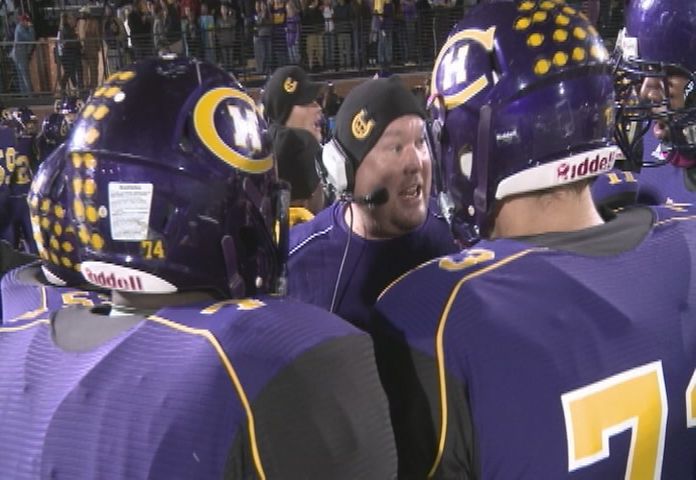 COLUMBIA -- The last time Hickman played Rock Bridge, Hickman beat Rock Bridge 22-21. This time Hickman came back with a win that was for more than bragging rights. Up until early in the fourth quarter the scoreboard was 0-0. Rock Bridge got the first points on the board with a touchdown pass from Logan Twehouse to Alex Ofodile putting Rock Bridge ahead 7-0.

Hickman came back though with only 53 seconds left in the fourth with a touchdown by Roderick Beasley from a pass by Hickman's Mason Murray. The score was then tied 7-7 at the end of the fourth quarter sending the game into overtime.

Hickman lost the toss and received the ball first to start overtime. Hickman put 3 points on the board with a 23-yard field goal by Sam Smith. Hickman then led the game 10-7. Rock Bridge got possesion of the ball but had it intercepted by Hickman's Roderick Beasley. Hickman advances on to play in the district championship game. They will go on the road to face Francis Howell on Friday at 7 p.m.