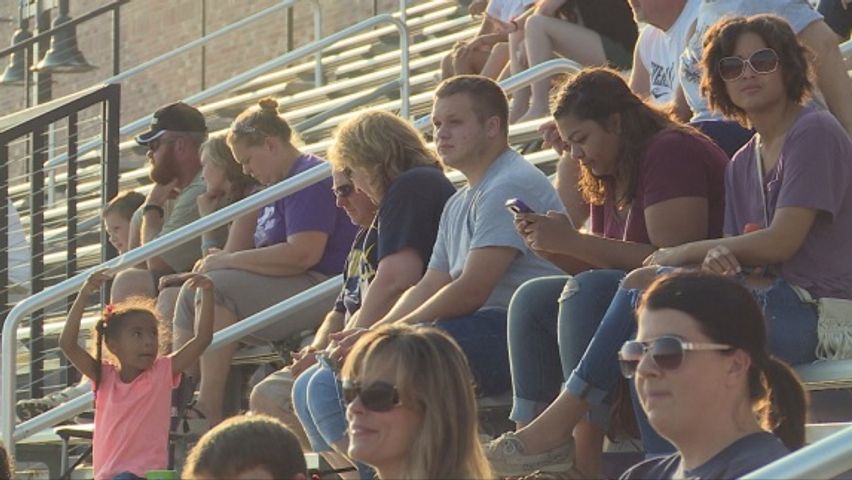 The varsity football teams from Hickman, Rock Bridge, Battle and Camdenton high schools warmed up on the field and started six rounds of scrimmages at 7 p.m.

Families and supporters from all four high schools packed the stands, enjoying concessions and watching the action.

Brandon and Amanda Heidari, self-described "cheer parents," went to the scrimmages to watch their cheerleader daughter, Eluxus Henley, who is going into her senior year at Hickman.

Heidari said it's bittersweet that her daughter is starting her last year of high school.

"We have started applying to colleges," she said. "We're going to be doing a few college tours soon in the near future."

Both Heidairis said it's always interesting to come to the games and watch the rivalry between Rock Bridge and Hickman.

"It's always just been that way," Amanda Heidari said. "Battle's kind of the newcomer."

Hickman freshmen Mackenzie Richmont and Deborah Muberarugo have friends who go to Battle and Rock Bridge. They said they were also excited to be at the jamboree.

"I guess it's just fun, and a bunch of my friends are gonna be here that I haven't seen the whole summer, so I'm excited to see them," Muberarugo said.