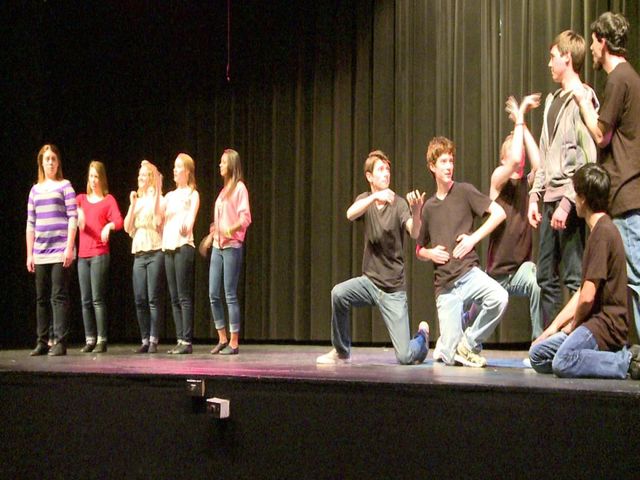 Seven acts participated including five student teams and two teacher teams. Each team choreographed a ten-minute skit in front of an approximate crowd of 900 students, faculty, and family members.

All profits went to the True Life Fund. Every year, the True/False Film festival comes to Columbia and Hickman sponsors one film from the festival.

This year, the film is "Bully", directed by Lee Hirsch. According to the True Life Fund, the film chronicles a year in the life of five kids and their families who share their stories to inspire change in how society deals with bullying.

The Kewpies will take on the Helias Crusaders tomorrow night as part of their Courtwarming festivities.